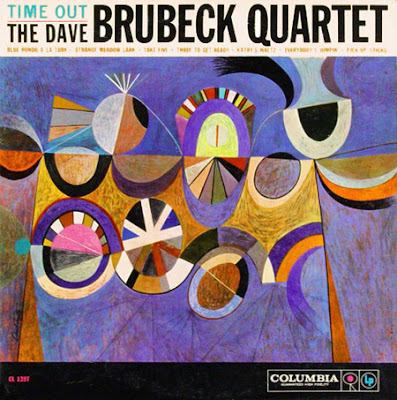 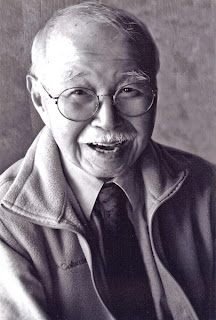 ABOUT: Born in Waimea, Hawaii to Japanese immigrants, he attended boarding school in Honolulu, where he adopted the name Neil. He enrolled in Chouinard Art Institute, but his studies were interrupted by World War II and his forced relocation to the Heart Mountain Relocation Center in Wyoming in 1942. He enlisted in the United States Army in 1943, and served in an anti-tank unit with the 442nd Infantry Regiment, a regiment consisting primarily of Japanese American volunteers that became the most decorated unit in the war. He was assigned to combat duty in Europe seeing action in Italy and France, he eventually worked as a translator in the Pacific theater in Okinawa. He completed his studies at Chouinard after the war 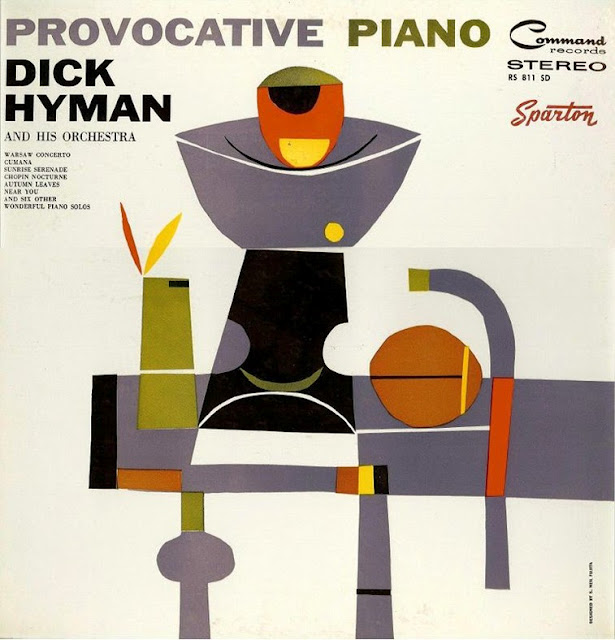 Fujita joined a prominent Philadelphia ad agency—N. W. Ayer & Son—after completing his studies. He employed an avant-garde style and was noticed by Columbia Records. Columbia hired him in 1954 to build a design department to build on the work of Alex Steinweiss. Columbia felt a particular need to keep up with the cover art of Blue Note Records. Fujita created numerous iconic covers of the period. 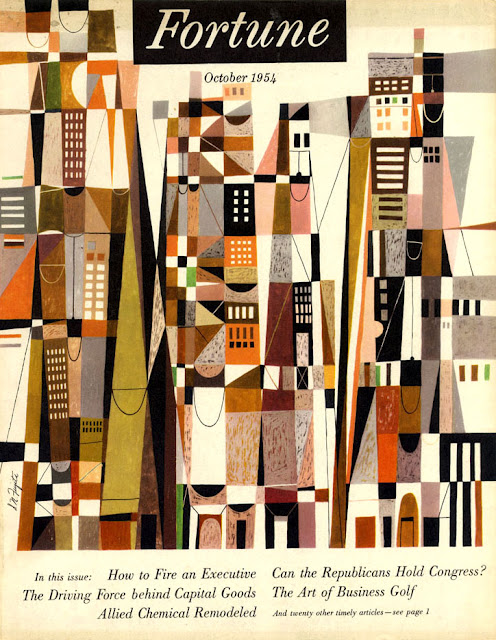 In 1957, Fujita left Columbia in order to broaden his portfolio. In 1963 he joined the public relations firm Ruder & Finn, creating a design division called Ruder, Finn & Fujita (later Fujita Design) where he embarked on a long career of book cover design. He designed the covers for In Cold Blood, The Godfather, and Pigeon Feathers. He taught design at the Philadelphia Museum College of Art, the Pratt Institute, and Parsons School of Design. Mr. Fujuti died at the age of 89 in Southhold, Long Island, NY. 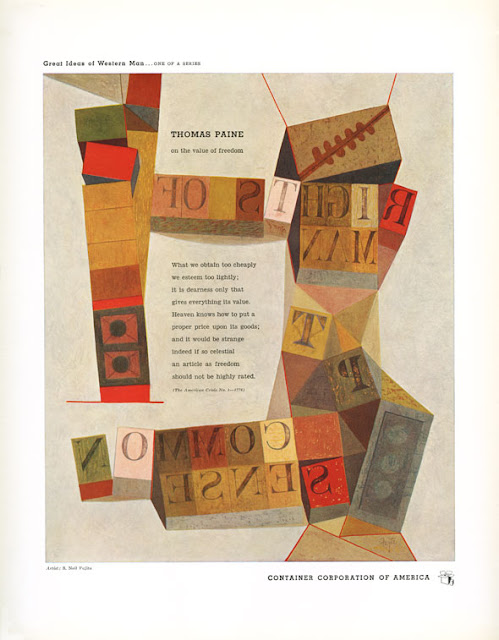 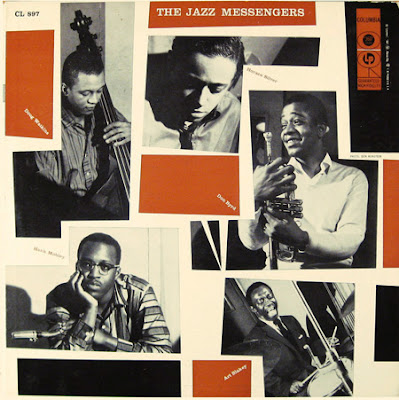 Heller: Neil, I've long admired your work. You've had a long career, and much of it was involved with the record industry. To start, how did you become a graphic designer?

Fujita: I went to an art school in Los Angeles, Chouinard. I had studied painting, design, illustration, color theory, all the phases of art, but I concentrated on drawing and painting—the basics. While I was still in school I got married, then after I graduated my wife and I moved to New York. I wanted to look for a job in graphic art because I knew that I had to make a living and that painting wasn't going to do it. After spending a couple of months in New York I met Bill Golden, the art director of CBS. He looked at my portfolio and he asked me, "Neil, what do you want to do? " I said that I didn't know yet but that I was looking for a job at N. W. Ayer because one of my teachers had put a word in to Charles Coiner. I went down to Philadelphia and Coiner looked at my portfolio and offered me a job but it wasn't because of my commercial work, it was because of my paintings! I worked at Ayer for around three years, and while I was there I got a gold medal from the Art Directors Club for designing an ad for the Container Corporation of America. That must have gotten people talking because shortly after I left Ayer I got a call from Bill Golden who says he is recommending me to run the art department at Columbia Records. He said that I would be starting from the ground up by building an internal graphic design staff. He also said, "Neil, if do this you'll be taking work and income away from the two studios that have been working with us for many years, so you're going to meet up with a lot of crap. First of all, you're Japanese and you're going to be called all sorts of names, from nip to jap and everything else. Do you still want to do it?" 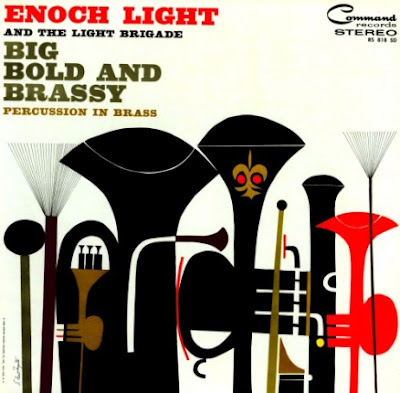 Heller: After Alex Steinweiss established the "idea" of album cover art, you certainly took it to the next level of "art." Did you go into Columbia with an aesthetic goal or plan on how to make this genre modern?

Fujita: When I got to Columbia there was the beginning of some idea of album cover art but it was still just type and maybe a photo of the artist and some shapes arranged in an interesting way. That was the first concept of album cover art. Actually the first examples of album art that I can remember were on children's records, because they might have included a painting or something else to illustrate the idea. But I think that I was the first to use painters, photographers and illustrators to do artwork on album covers. As for the second part of the question, no, in fact I didn't go right into designing jackets. In fact when I got to Columbia I actually spent the first couple of months visiting the record factory in Connecticut because I wanted to learn how records were made, the whole process. 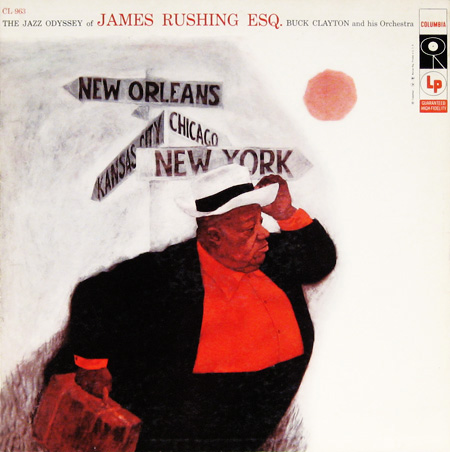 Heller: Many of your covers were done for jazz albums. Was there a difference in your approach from jazz to other forms of music?

Fujita: Jazz called for abstraction, a certain kind of stylization, using modern painters. Classical was different, we might have used more photography for those records. I would hire a photographer like Dan Weiner and send him to a Glenn Gould recording session because it was in the sessions that you could really catch the raw spirit of the performance. I'd look at the contact sheet, and if I saw one that really clicked with what I knew about the musician or conductor I'd say, "That's it!" Leonard Bernstein was going to do a jazz recording and I told him, since we're doing a jazz album, don't be afraid to dress casually, even in a T-shirt". His reply was, "I'm not afraid of anything!" It wasn't modern painting but it was a modern approach. 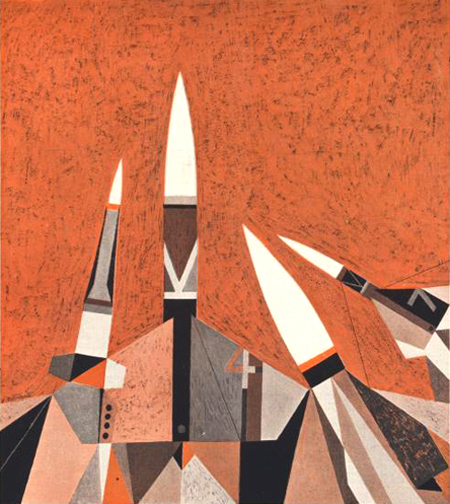 Heller: Your work is decidedly modern, so who were your influences? Did you look to the generation before (e.g., Rand), or were the "monumental" modernist painters your guide?

Fujita: When I was going to art school I liked the work of Paul Rand, but also Tomayo, Klee, Picasso, Braque. 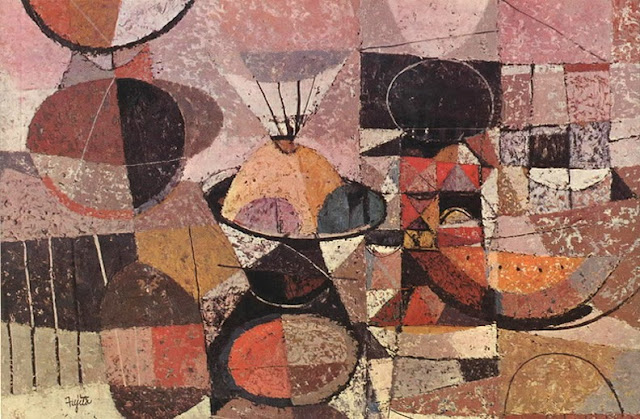 Heller: You left Columbia in 1957. Why? Steinweiss once told me that he just couldn't keep up with the changes in the industry. Did you feel rock and roll changed the ground rules of design?

Fujita: I left in '57 because I wanted to be something other than just a record designer, and that's what I told Goddard Lieberson. I said that if I could sing or play the piano or any instrument I might consider staying but I couldn't do any of those things, so I left to go on my own. The New York designers' clique at the time spread the rumor that I had been canned, but that wasn't true. After leaving I had my own studio with a partner who came with me from Columbia. I was on my own for less than a year when I got a call from Lieberson, wanting me to return. The guy who replaced me wasn't working out so I went back to Columbia for another couple of years but I told them that it would just be temporary. This time the New York designers' clique took a different approach: They spread the rumor that I was responsible for canning the guy that replaced me, which again wasn't true. The simple fact is that I just didn't want to be known as someone that designed record covers. I wanted to do other things, like learn how to write. 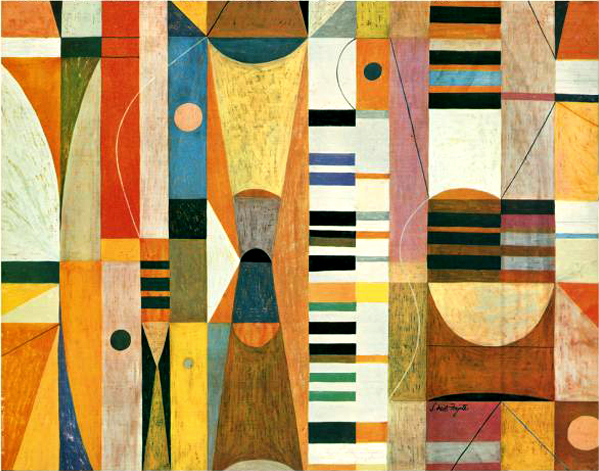 Heller: You also did your fair share of book covers and jackets. What was it like when you did them? Did you have to navigate through a lot of marketing interference, or did you have a free reign?

Fujita: I didn't have marketing people making suggestions but I did do a lot of reading. And there may have been more direct contact with the authors than there is today (but I'm not sure about that). I liked working with authors because it's usually the author that sells the book. That's why I always wanted to have the author's name as big as the title. I did Updike's Pigeon Feathers for Random House and I got a call from Bob Scudellari—Updike had sent him a note that said, "Why don't you get that Japanese designer and try him out again?" I did three or four covers for him after that. I showed Truman Capote my ideas for In Cold Blood. I thought of a red hatpin that I stuck into the title of the book to suggest death or something like that, but he didn't like the color. "It can't be red, because it wasn't a new death, it didn't just happen," so I changed the color to purple and added a black border to suggest something more funereal. Capote loved that. 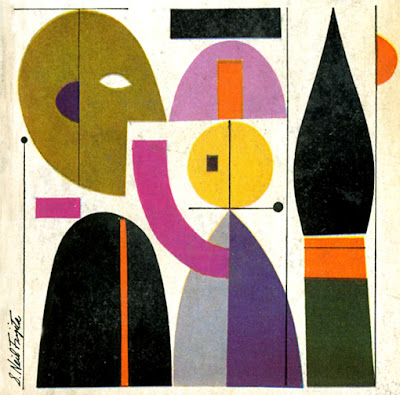 Heller: Once you started your own studio, did your approach change?


Fujita: I wanted to learn more about words—I wanted to learn how to write, so I went to Columbia University at night to study English literature and writing. After I left Columbia Records, I had my own studio across from MoMA. I had a couple of big corporate clients, but I was also doing a lot of work for book publishers. One day I got a call from David Finn of Ruder and Finn. He was interested in the concept of merging graphic design with public relations, and Joyce Morrow of AIGA had recommended me. The idea was to form my own company that would be a subsidiary of Ruder and Finn. That was when I started Ruder, Finn and Fujita. One of the first assignments that I found myself involved in was working with a group of designers in Israel to conceptualize, package and distribute Israeli products for export. This was the kind of total synthesis of commerce, communication and design that I was really interested in learning about and developing. I did this kind of work for clients like the FAA, Norton Simon, Bristol-Meyers, General Mills, General Foods, a lot of annual reports. I did this for about 10 years before changing the company to Fujita Design. I kept the same office but I had my own clients. 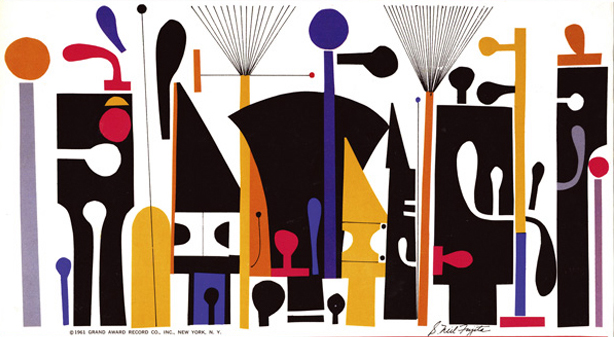 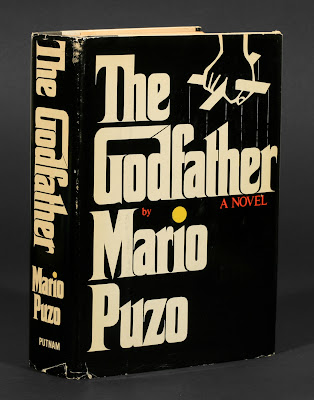 Heller: Didn't you design the logo for The GODFATHER films?


Fujita:Yes, I did the logo, I designed the book jacket for Putnam in 1969. By taking the G and extending it to the D, I created a house for god. The way the word was designed was part of the logo and so was the type design. So when Paramount Pictures does a film version or Random House, which bought out the book from Putnam, does another Godfather book, I still get a design credit. In fact before the first Godfather film opened in New York I saw a huge billboard going up on Times Square with my design on it. I actually got them to stop work on it until we were able to come to an agreement. 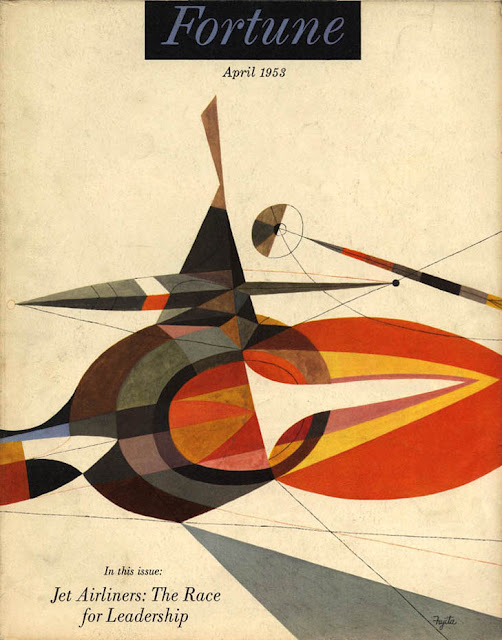 Heller: How do you feel about the evolution of design practice since you started and today?

Fujita: My father was blacksmith. He had his anvil and hammer. One morning he went to his shop and someone had replaced his anvil and hammer with a welder's torch. I am fortunate to have worked in that period before the computer when we had to search for solutions with our own hands. When I did Updike's covers the computer as a graphic art tool was not even in existence. I didn't just design the type for those book jackets; I drew it with my quill pen, using India inks and dyes. It's tough for designers today that have to use the computer. 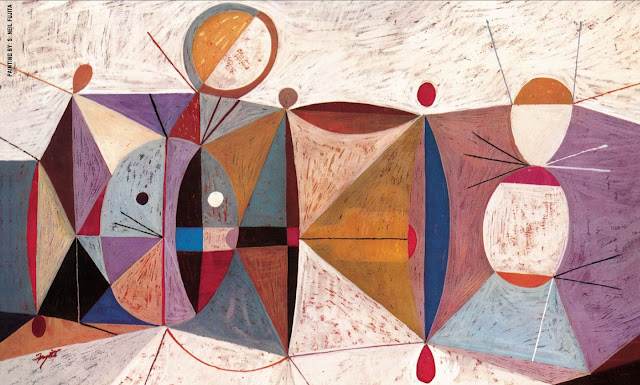 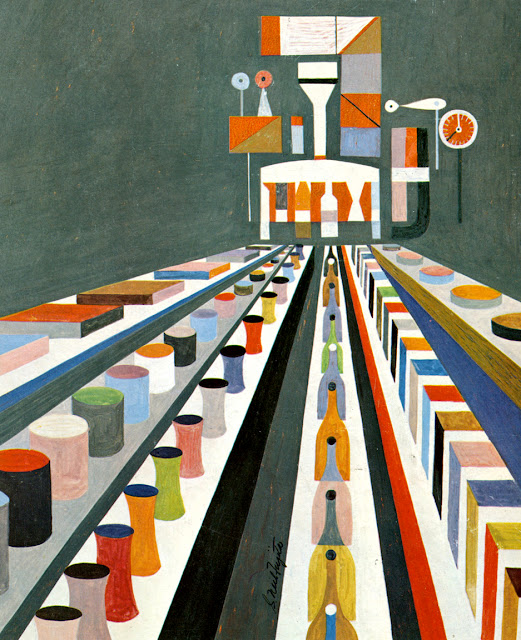 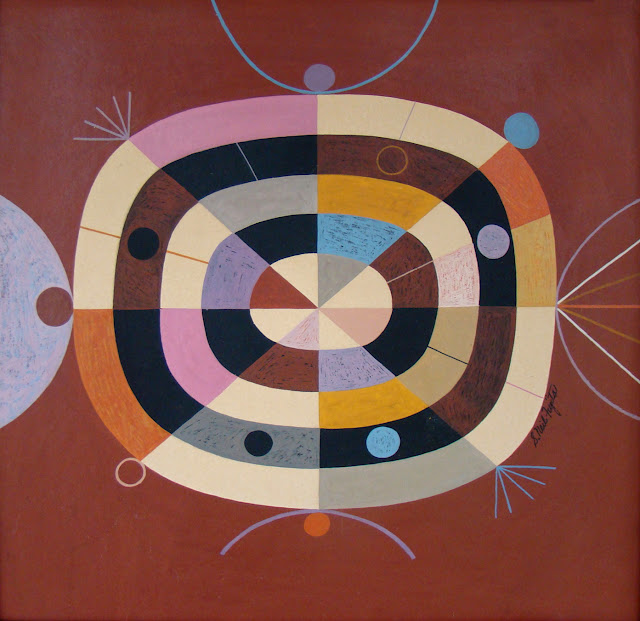 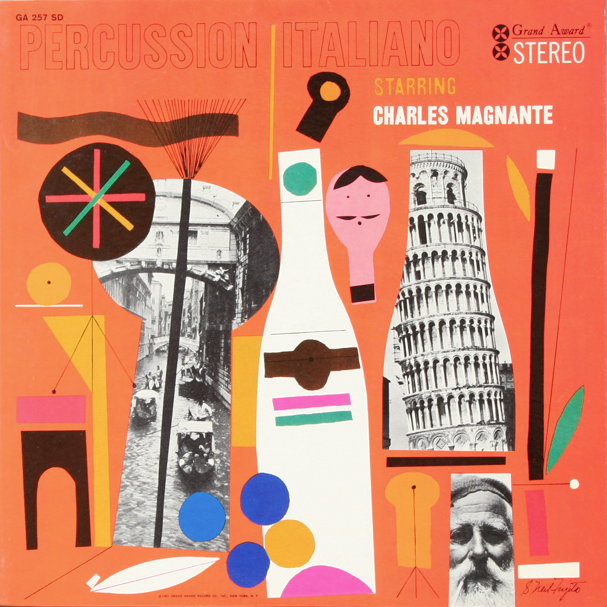 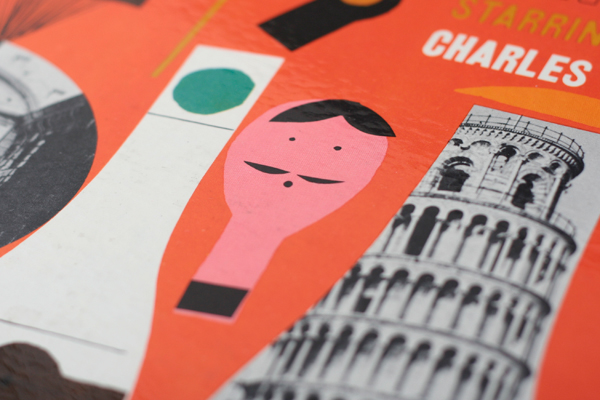 special thanks to Steven Heller for his interview.