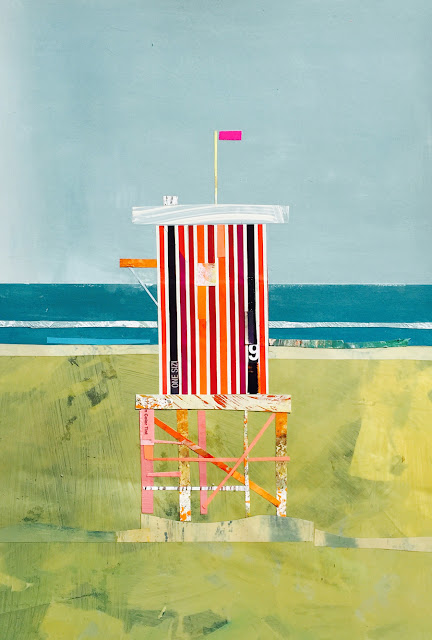 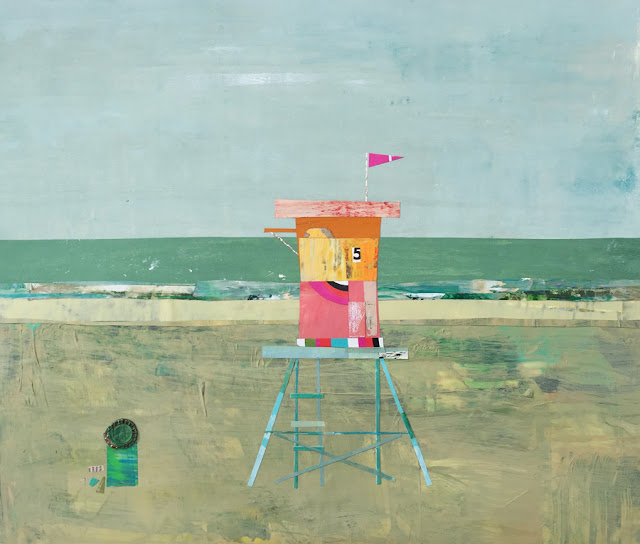 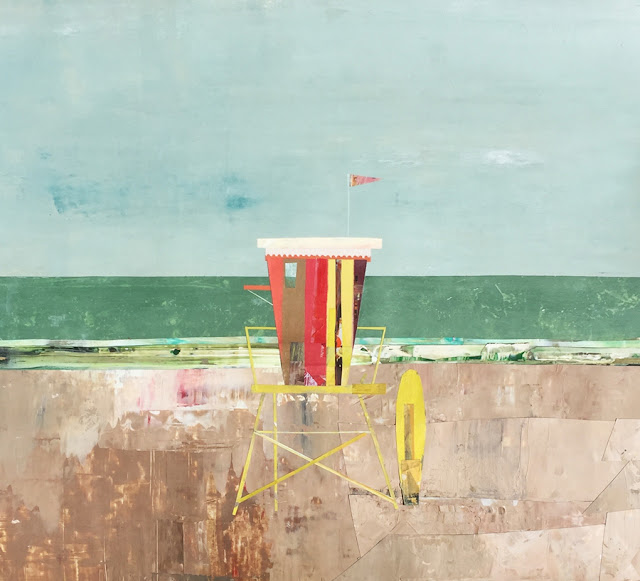 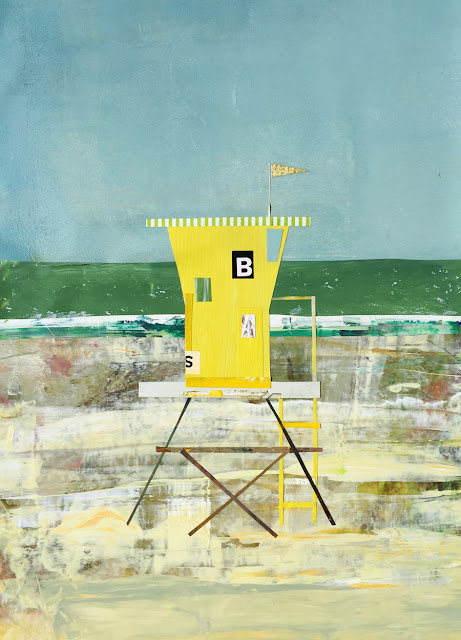 Robert Roth grew up in the seaside village of Cold Spring Harbor, New York and is a graduate of Rhode Island School of Design. Within his Beach Series, he creates his collages by blending colorful geometric elements by painting and applying print-making techniques to various papers. He then cuts and arranges various textures in a spontaneous manner creating his compositions. He juxtaposes the relationship of architecture vs. nature within the open horizon. 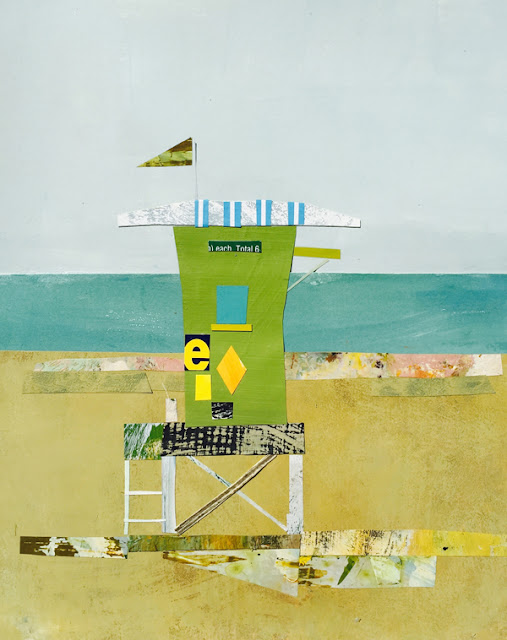 Each one of his Lifeguard stands is different, identified through its varied architecture, color, and graphic markings. Roth is highly inspired by the collages of Romare Bearden, especially (THE BLOCK), David Hockney’s mid-century Palm Springs paintings and the simplicity and color of a Wes Anderson film. 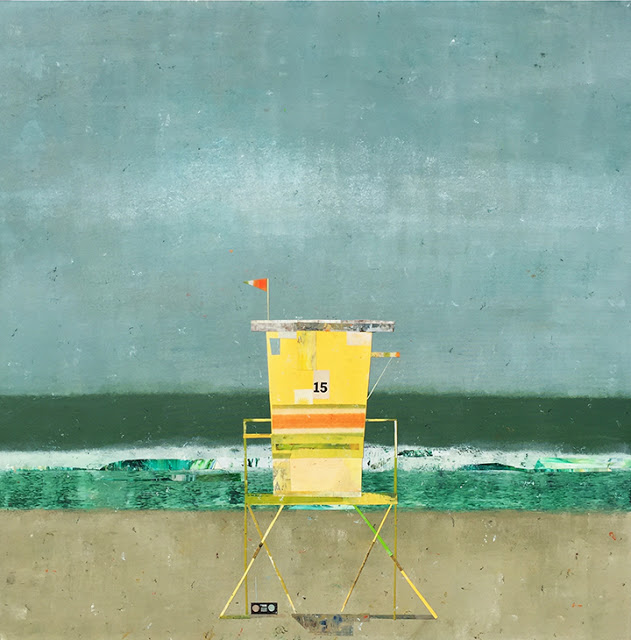 Robert spends time each summer on the island of Martha's Vineyard where he gathers much of his inspiration. He resides in an 1850’s farm house in Hudson, Ohio. 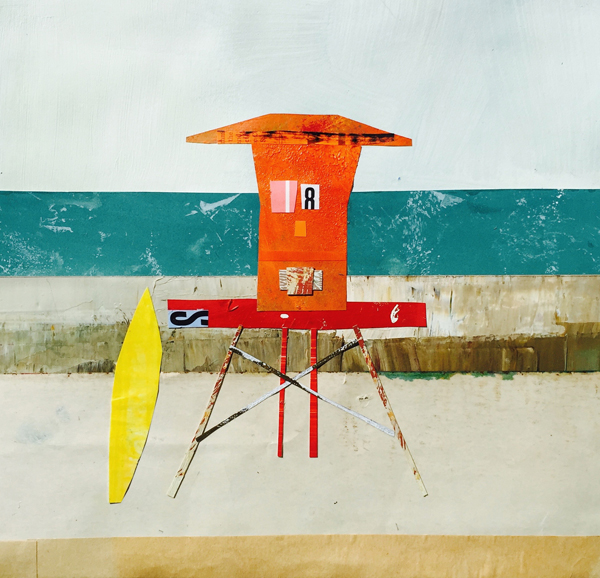 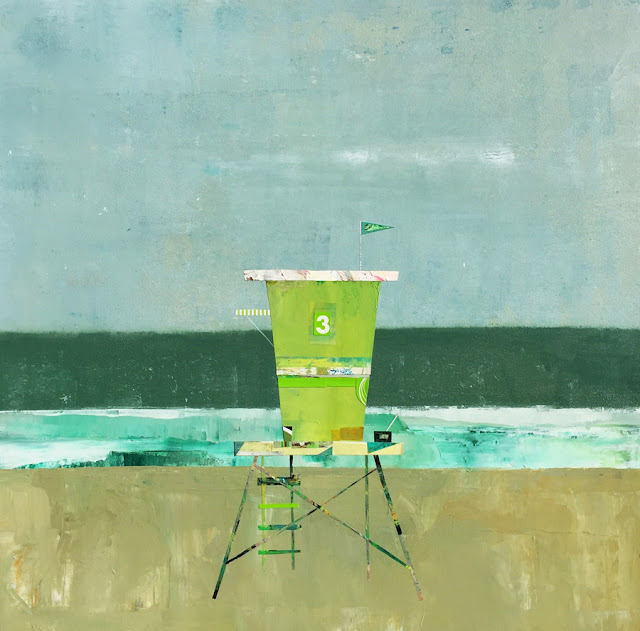 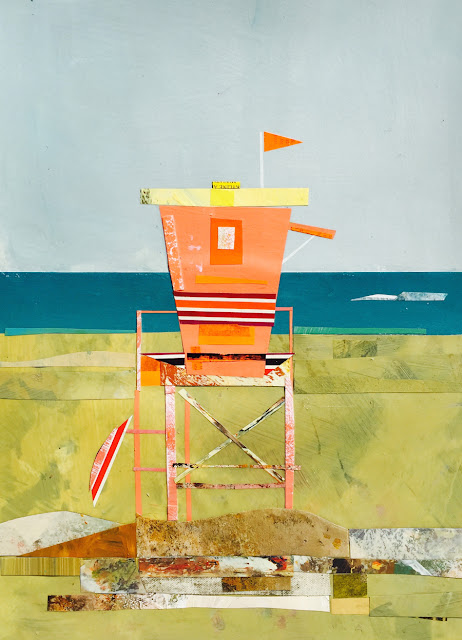 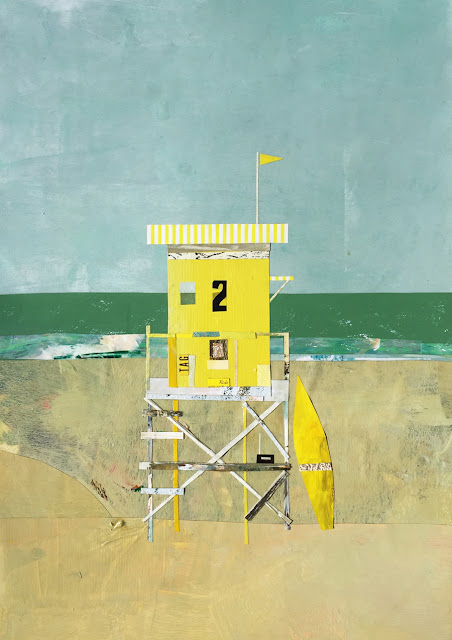 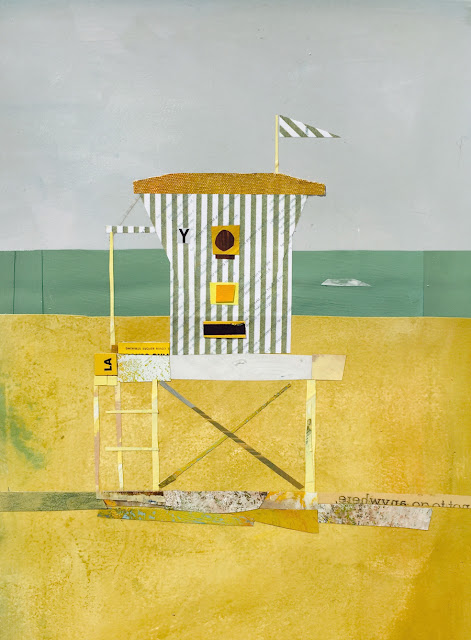 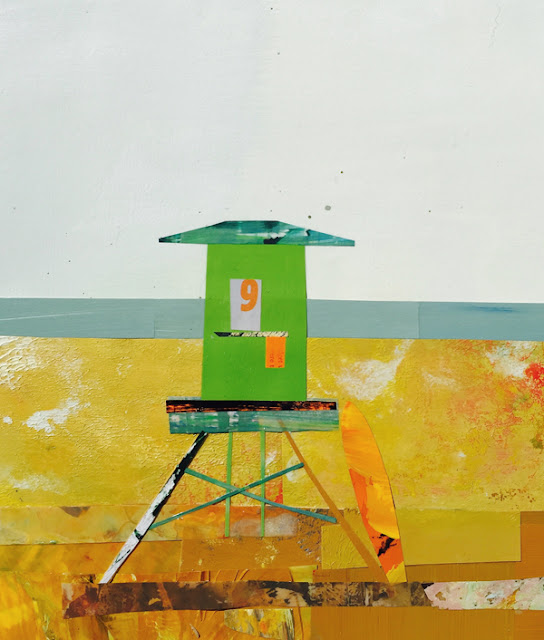 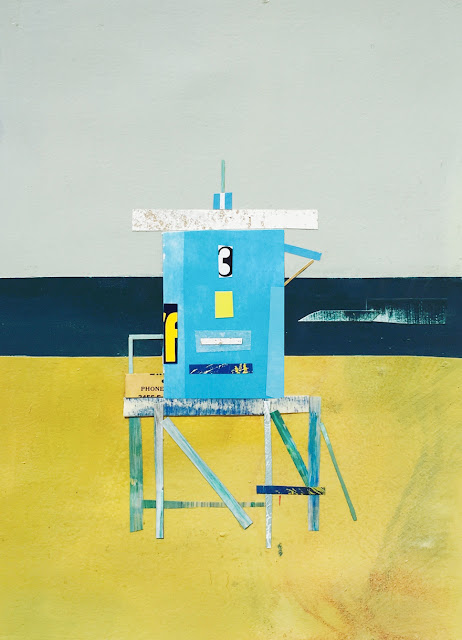 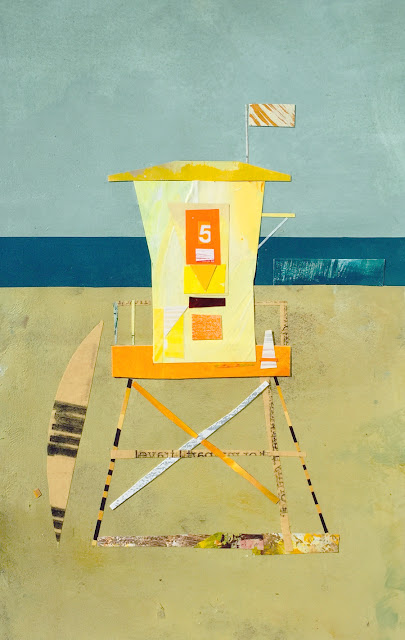 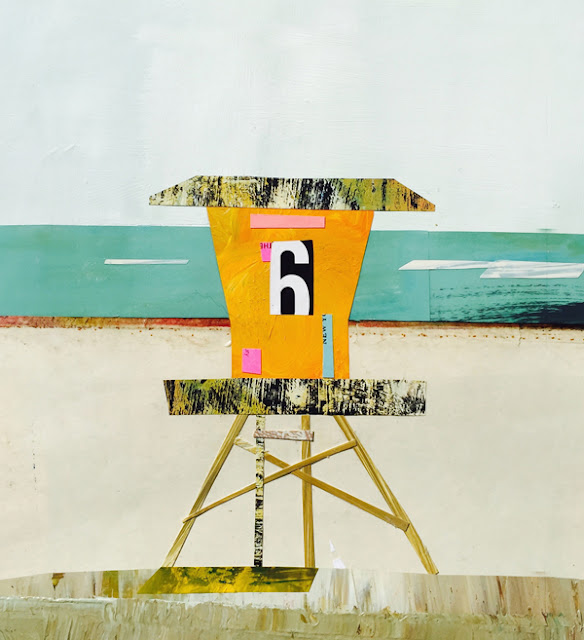 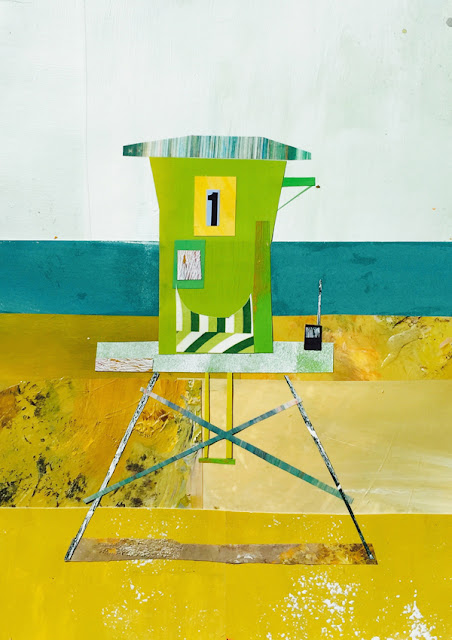 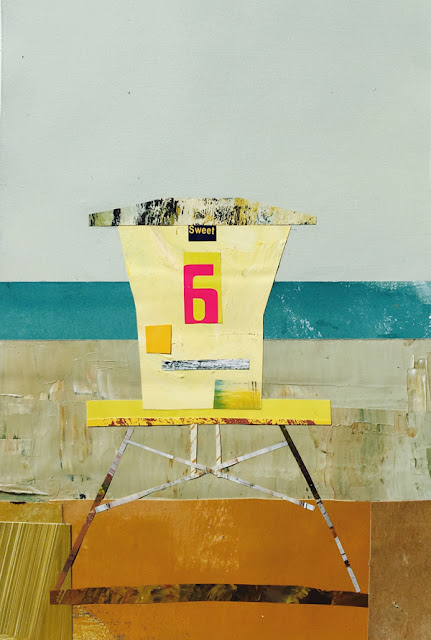 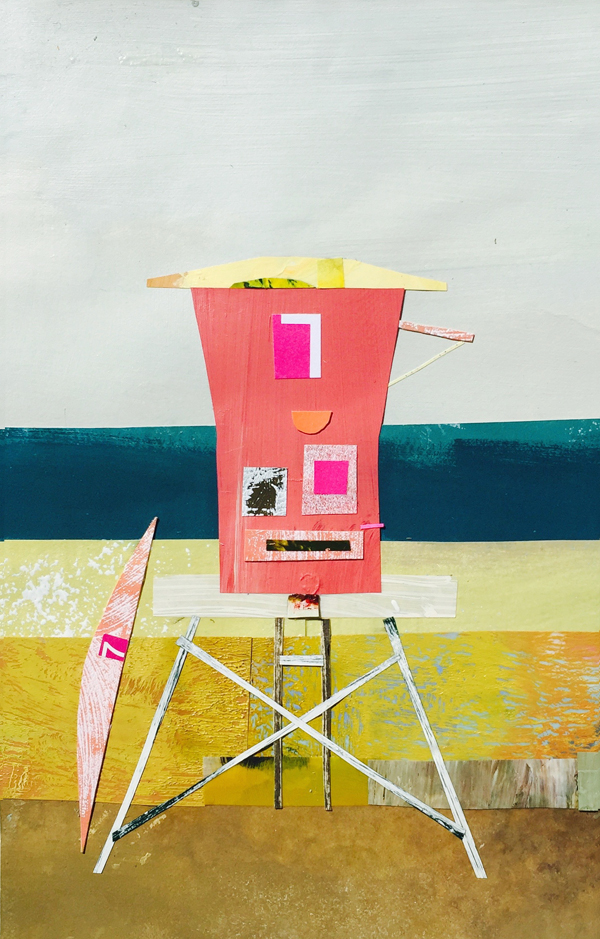 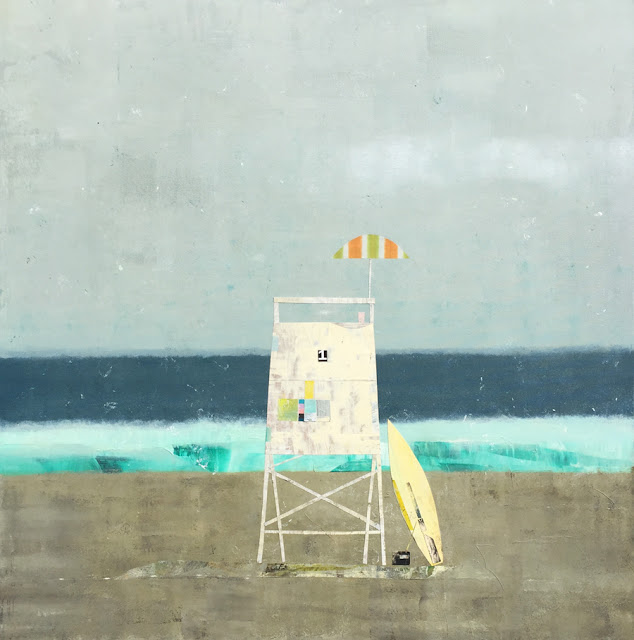 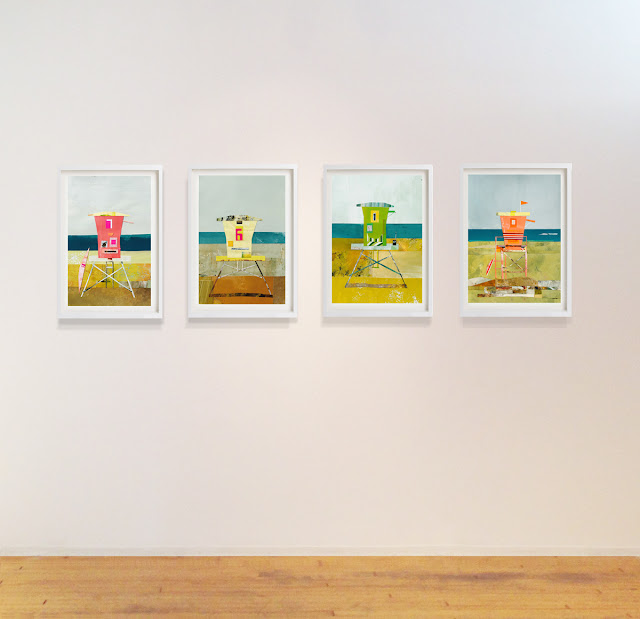