Tom Sgouros at RISD, introduced me to Weaver's work back in the day. He was all about observation, raw drawing and spontaneous painting  - no tricks or gimmicks. What you got from Weaver was plain and simple, solid drawing + outstanding design.
For  T. S.
Robert Weaver
illustrator + teacher
1924 - 1994 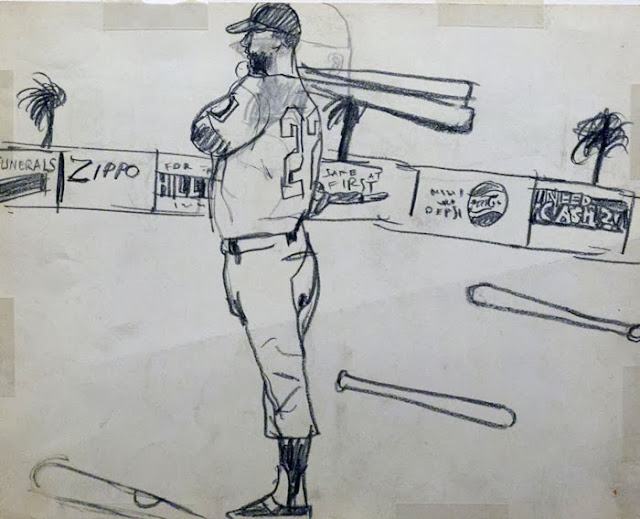 for a Sports Illustrated assignment 62' 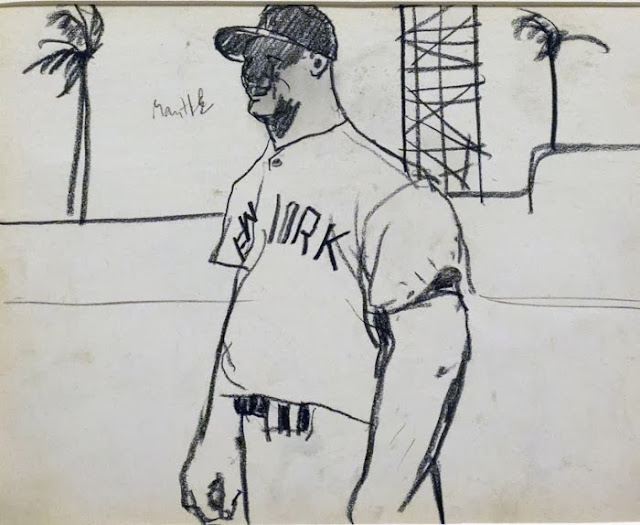 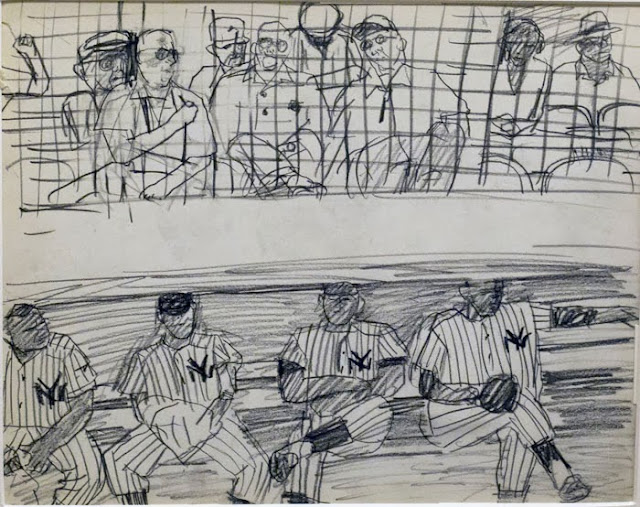 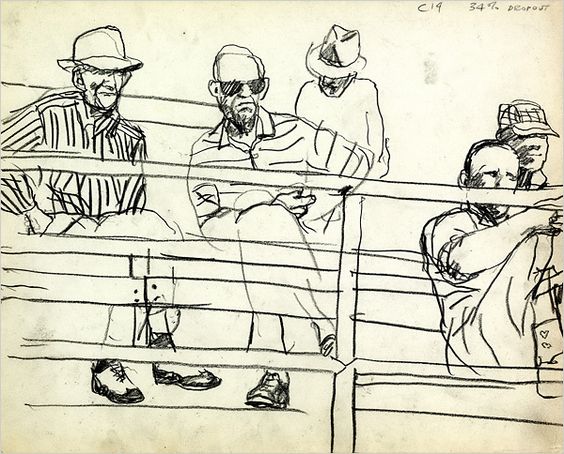 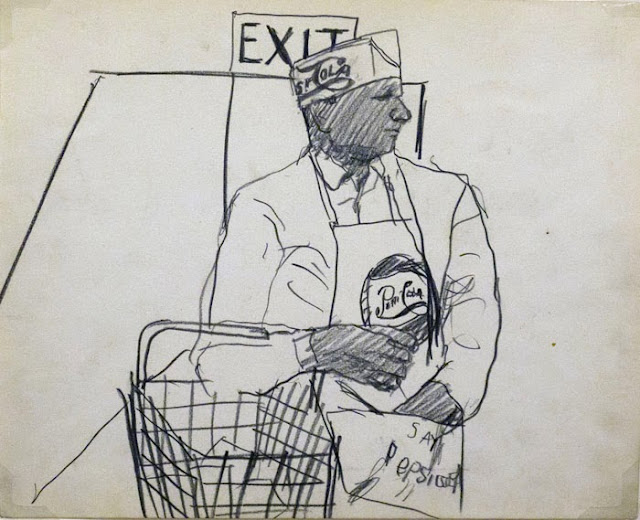 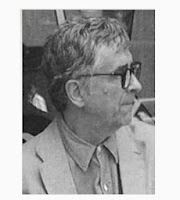 ABOUT:
He was considered a pioneer of a contemporary approach to the field that began in the 1950s. Beginning in 1952, he embarked on a mission to combine the visual ideas found in fine art with the responsibility of journalist.
By the mid-fifties, Weaver arrived in New York armed only with a modicum of confidence and a battered book filled with color mural sketches. He dropped them off at Town & Country Magazine. The publication's art director, Tony Mazzola, was intrigued by his work and hired him to illustrate several manuscripts scheduled to appear in subsequent issues of the magazine. Weaver, working primarily for male audiences in magazines like Sports Illustrated and Esquire. The art directors at the latter publications were busy creating new opportunities for a new kind of periodical illustration. Weaver exemplified the new approach. His work took the form of visual journalism. Weaver rejected the flat, clean execution of fiction illustration for a more aggressive and craftsmanly style.  He also rejected the glamorous, rose-colored aesthetic of magazine illustration of the time by covering real subject matter. While the old guard kept painting fictitious scenes of attractive people to serve as eye candy, Weaver was engaged in an emerging style of reportage. “The New Journalism”  was emerging as a trend that blended reportorial work and literature by approaching real issues with a subjective eye. Writers like Hunter Thompson, Norman Mailer and Tom Wolff were inserting themselves into the stories they reported, blurring the line between news and novel. 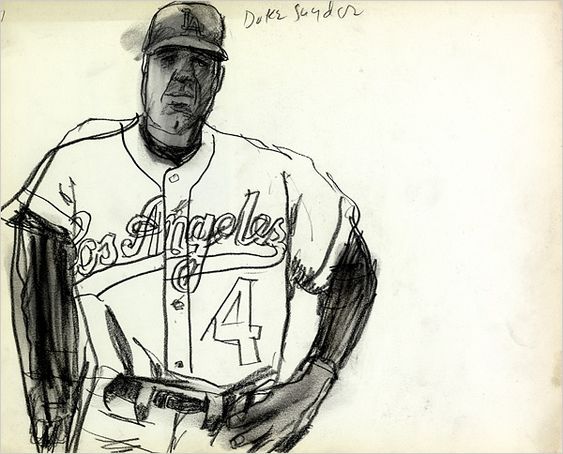 Fiction techniques were being applied to develop characters, describe atmosphere and narrate action in ways not previously seen in non-fiction. Weaver used the same techniques, but visually.  His work described politics, sports, culture and even war. Weaver’s work was unique in subject as well as style. While others were using staged photography and a lucidograph (the “lucy”) to trace flat, photorealistic images for painting, his work was based on well-practiced skills of observation. His drawing was quick but accurate. He portrayed complex spaces with impressive directness and clarity. Weaver’s illustrations put the viewer immediately in a foreign situation with a clear sense of place and action. He was also constantly looking for new and interesting ways to approach image-making. He used collage, montage, and subjective color to great effect. He was among the first to break up the illustration space into multiple images, always in the interest of informing. His style combined loose, rough-hewn rendering, deft abbreviations and sometimes elements of collage, with a startling degree of realism that seemed to capture of essence of any face or pose without resorting to photographic detail.  His work has won him countless awards and gallery exhibits. Weaver was inducted into the Society of Illustrators Hall of Fame in 1985. He was a visiting professor at Syracuse University and  taught illustration at New York's School of Visual Arts for more than 35 years. 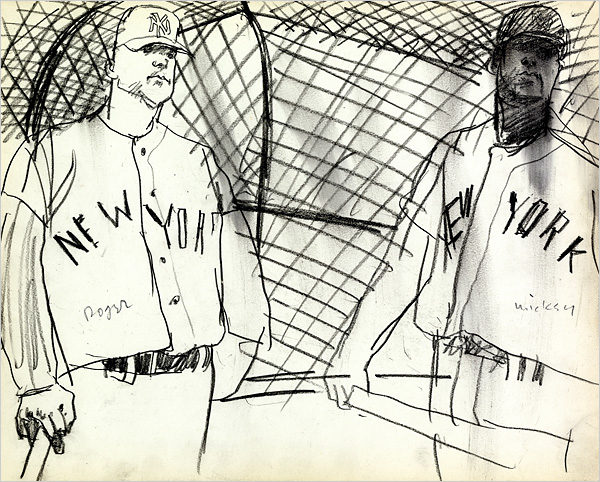 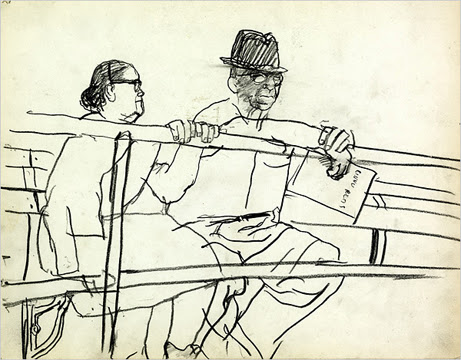 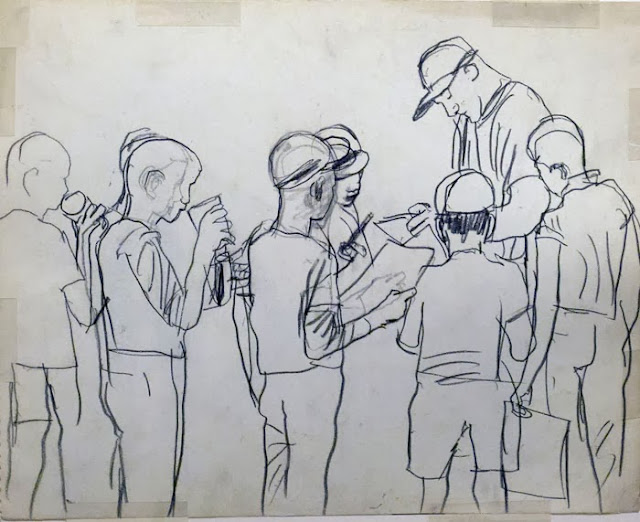 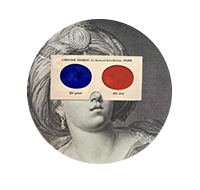 EYE-LIKEY
is a NON-PROFIT site focused on Art from around the globe. Featuring early + mid-century masters to present day fine art + designers + illustrators that give inspiration and expand our minds. Browse + enjoy.
We are based in Cleveland
Robert Roth
Curator
robertrothgallery@gmail.com