Check out the sweet jazz drawings of mid-century artist, 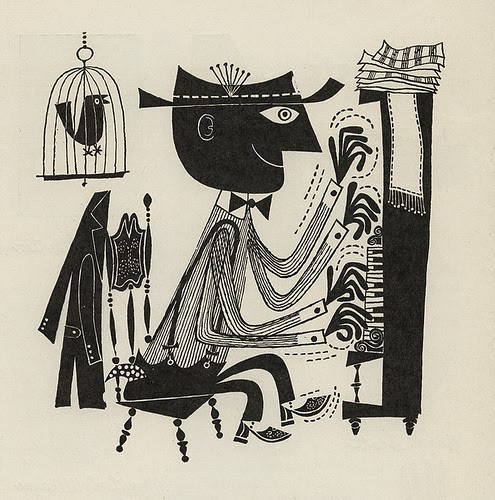 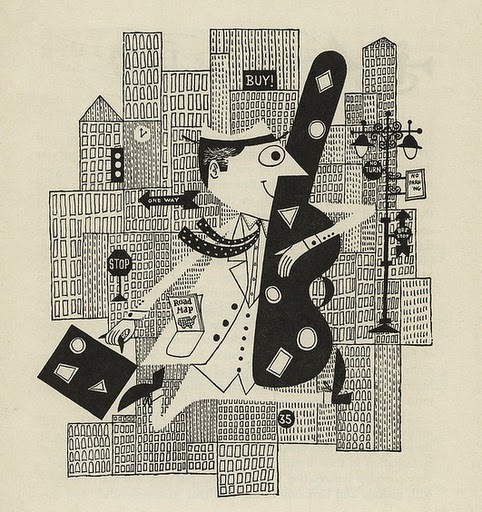 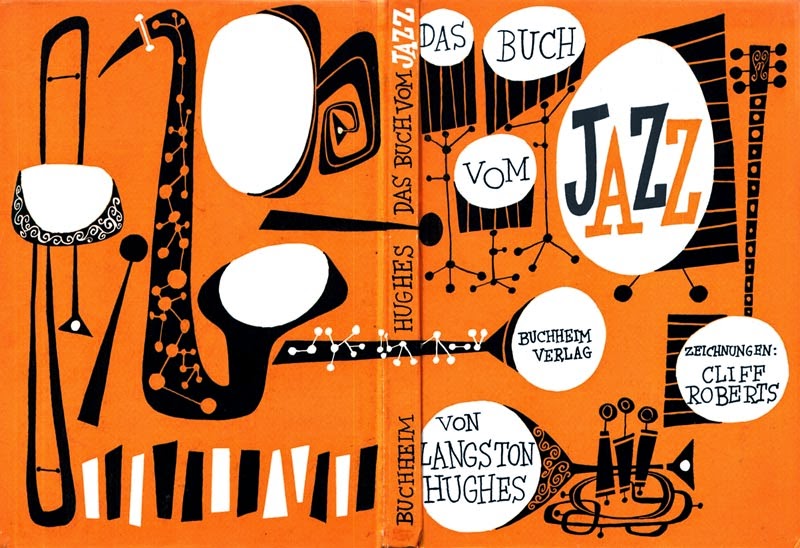 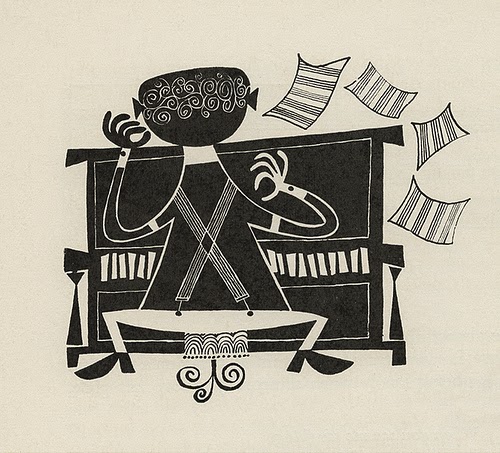 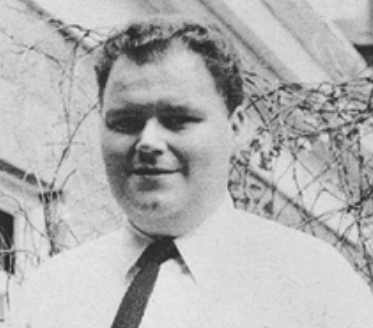 Cliff Roberts was a cartoonist and animator who spent much of his early career in New York City as a freelance commercial artist and director. He also worked as an artist for Sesame Street, an accomplished photographer, his works were displayed at the 1964 World's Fair, and contributed cartoons to Playboy and The New Yorker. He soon became a popular designer for animation, creating character model sheets for Terrytoons and UPA projects. Roberts' style, reflecting his commercial illustration background, involved flat but appealing forms and a minimal color palette; most of his characters were white blobs with occasional splashes of color. 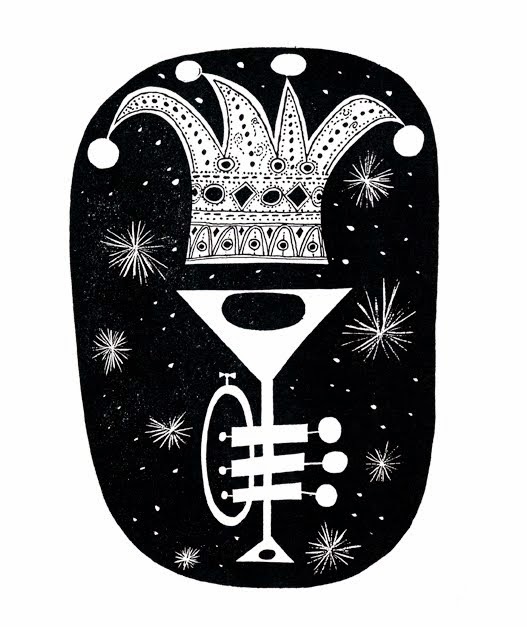 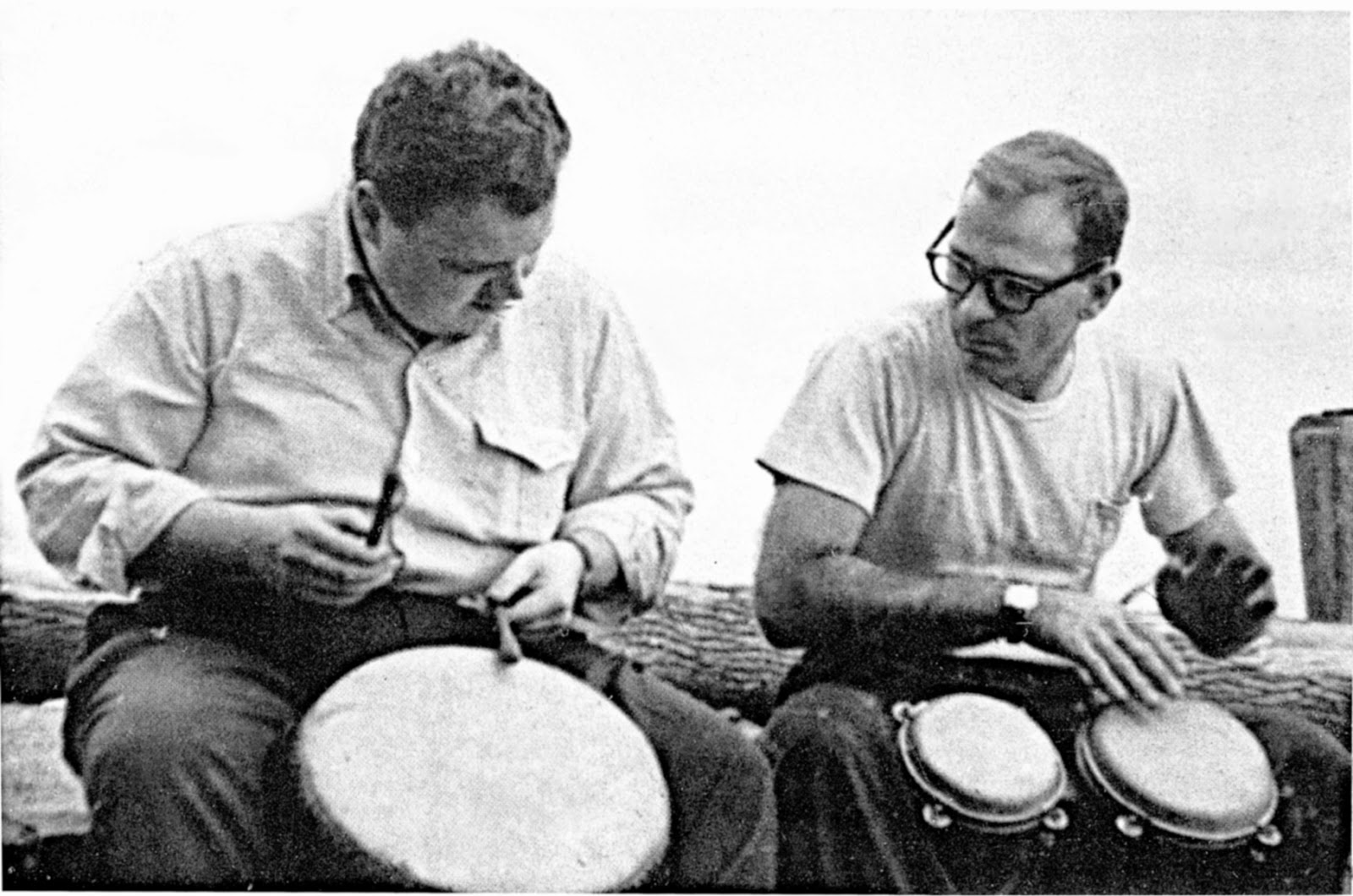 For Sesame Street, Roberts created Jasper and Julius, two characters who would engage in debates over body parts, as well as Christopher Clumsy. These characters were brought over to Roberts' Sesame Street strip, alongside Big Bird, Oscar the Grouch and Cookie Monster.  Roberts later worked on the Saturday morning cartoons The Smurfs, Scooby-Doo and The Pink Panther, and illustrated the Langston Hughes book The First Book of Jazz. He passed away in 1999. 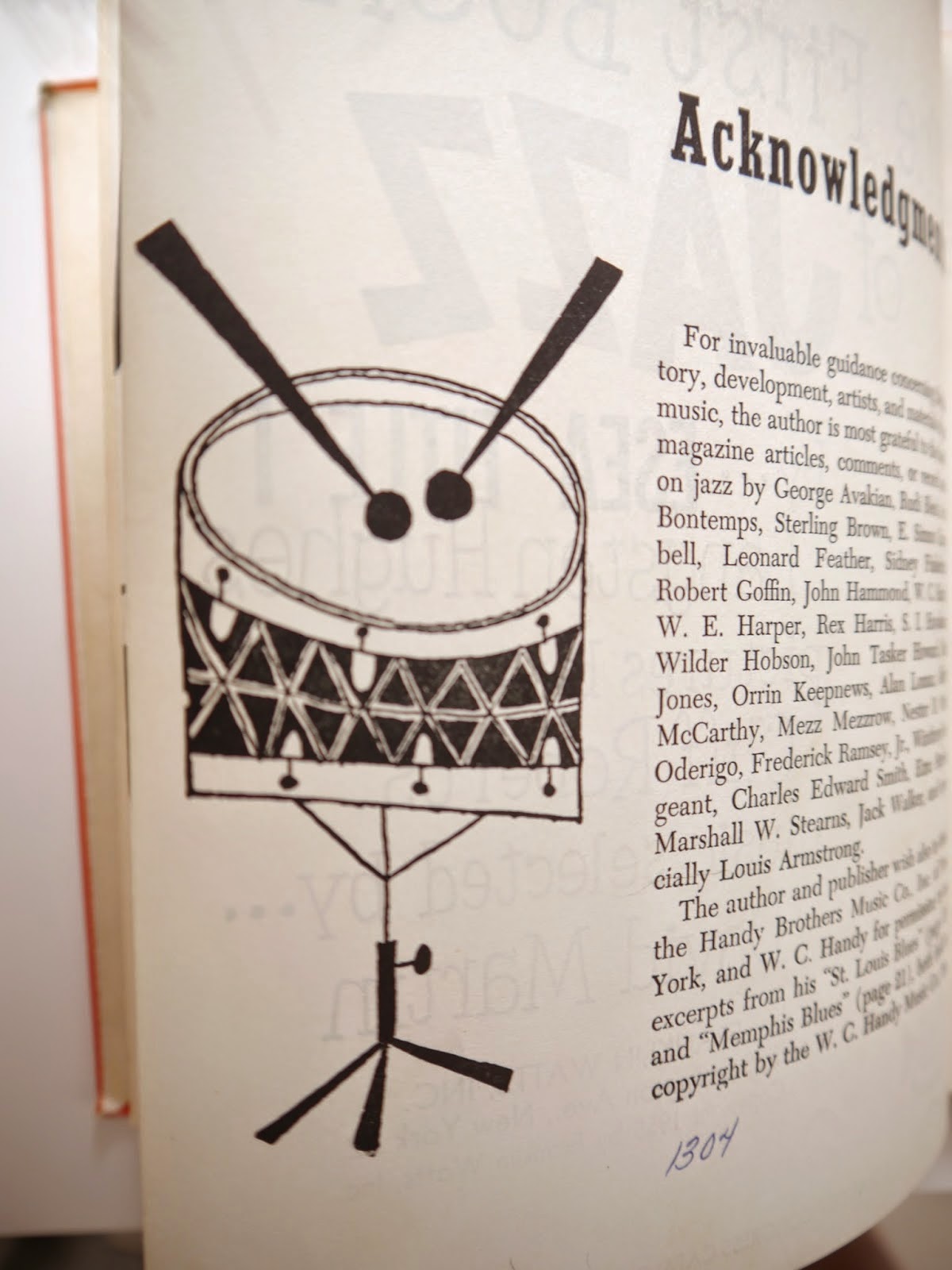 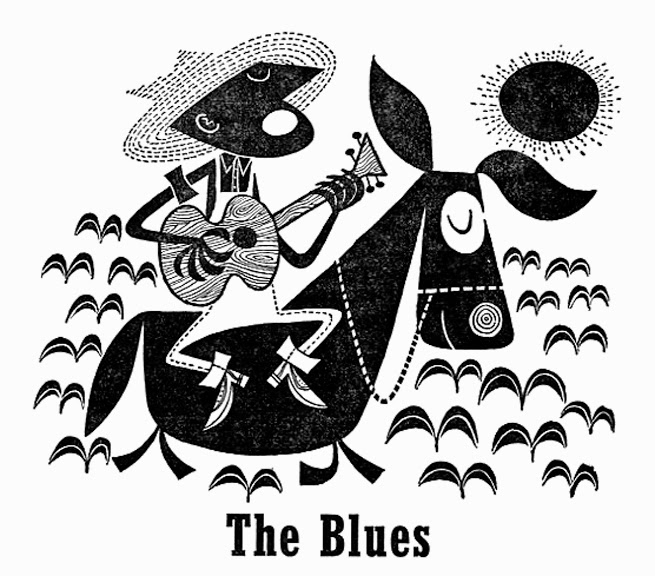 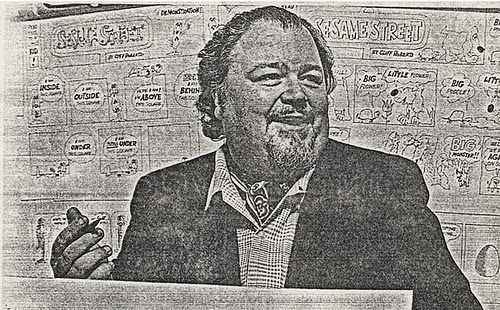 CLIFF ROBERTS   ( not to be confused with Mr. french from family Affair or more importantly, Burl Ives for that matter. )