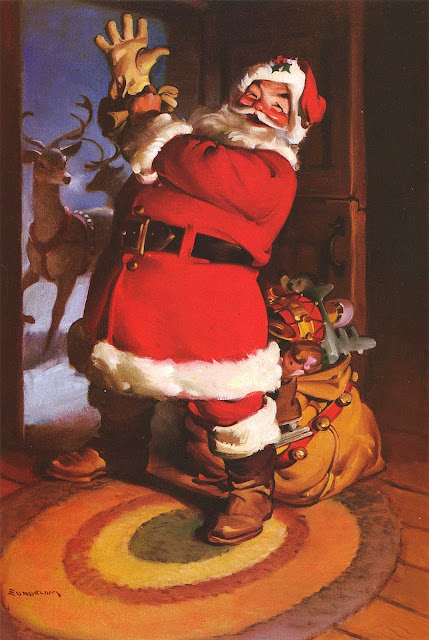 Sundblom was born in Muskegon, Michigan to a Swedish-speaking family. He studied at the American Academy of Art and The Art Institute of Chicago. He created the  famous Coco Cola Santa Claus. Sundblom was inspired by master John Singer Sargent and if you look closely at his loose fluid brush strokes his work shines with light much like Sargent's portraits. He began painting Santa for Coco Cola in 1931 which continued for the next 35 years. He worked for a wide range of clients as well including were Colgate, Maxwell House, Proctor and Gamble, also creating the Quaker Oats Man ( which is also a self portrait ) 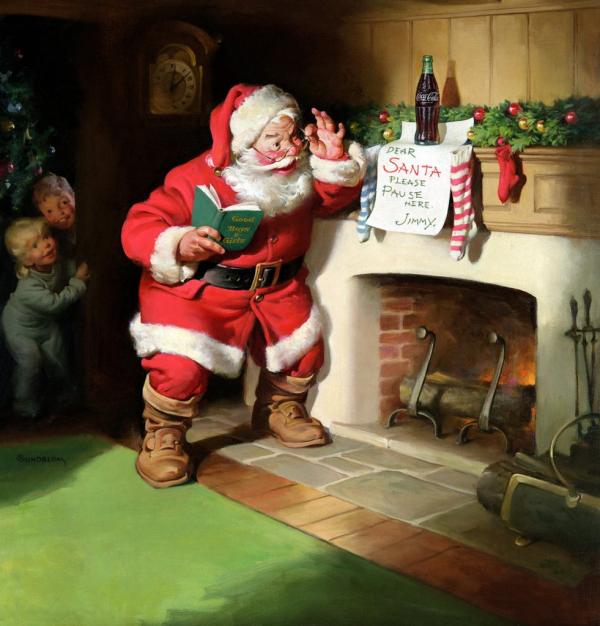 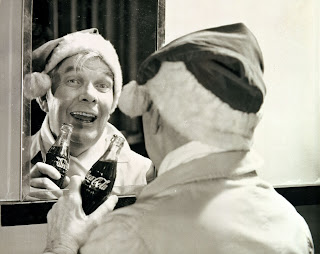 From Clement Moore's (1822) poem "A Visit From St. Nicholas" described the toy maker as "chubby and plump, a right jolly old elf." Haddon Sundblom looked in the mirror and decided to use himself as the model, he didn't have a beard so he just painted one on. In the 1950's, he spent several of the winter months in Tucson, Arizona.  It was reported that he "had trouble painting with the natural light in Arizona" creating much "yellows" in his work.  One of his assistants reported that Sundblom used to drink heavily, never drank on the job, but when he finished a painting, "He would go on a two-day bender, then come into the studio in a wrinkled suit coat, wash up, and get to work".  He also reported that Sundblom painted very fast, and instructed his students to 'loosen up' with their paintings and to strive for the look of having been done fast, even though it might take many hours. Sundblom was elected into The Society of Illustrators Hall of Fame 87'. 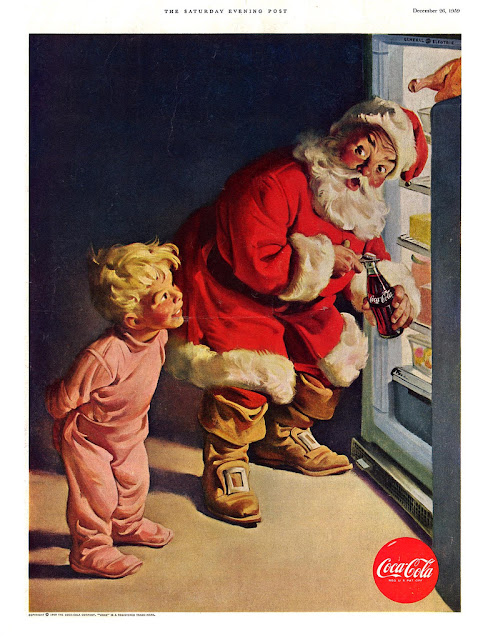 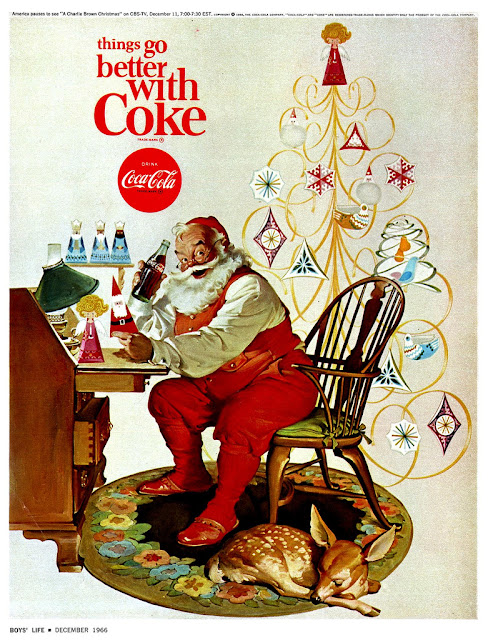 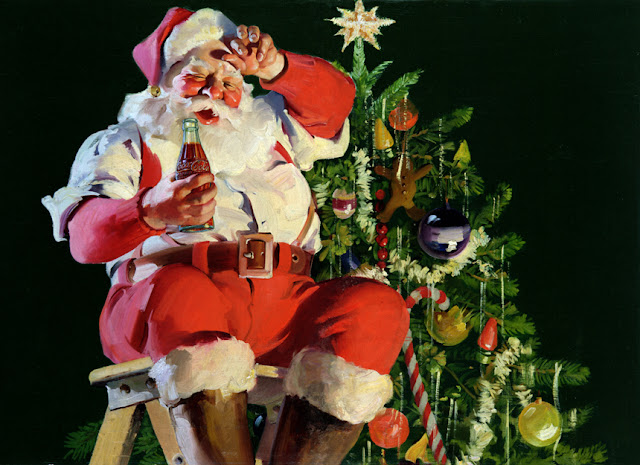 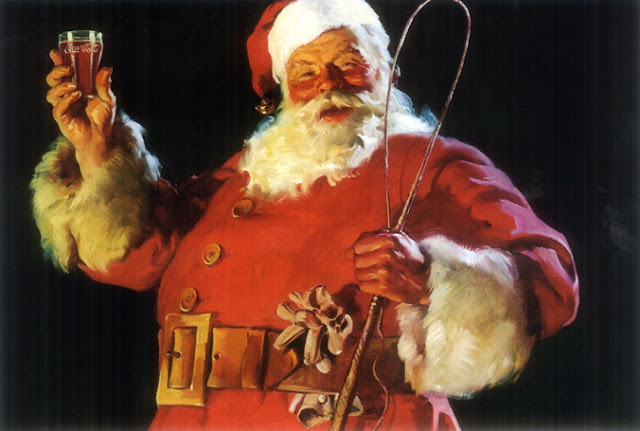 His iconic originals have since been exhibited
at the Louvre, Paris in recent years
(Not to shabby for an illustrator!) 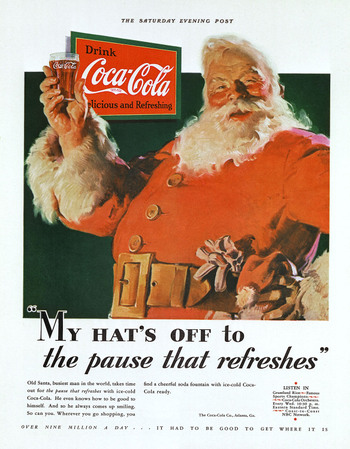 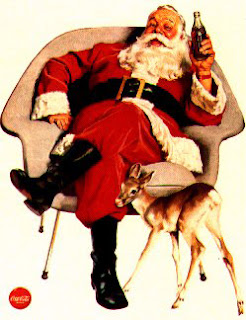 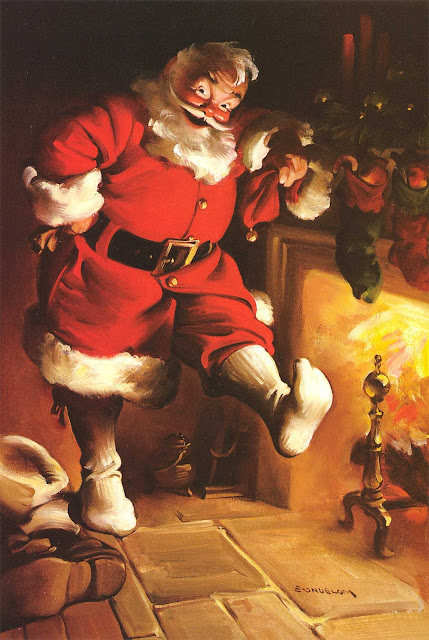 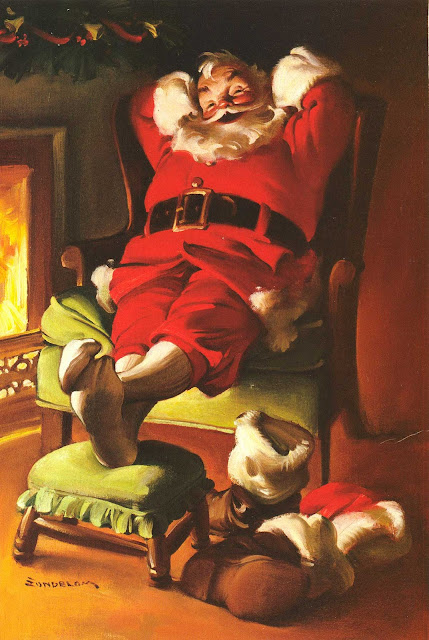 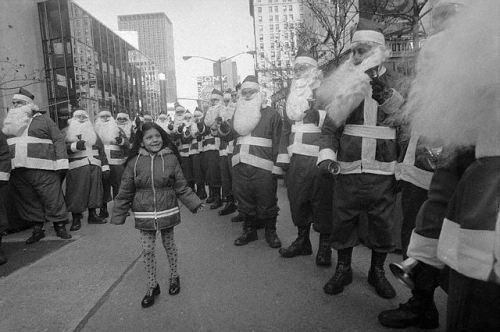 Happy Holidays to all you Creatives out there!
and a HAPPY+ HEALTHY 2012.  : eye-likey

dedicated to
Donna and Jim,
CONGRATS ON FINALLY LEAVING SANTA'S WORKSHOP!
We will miss you guys so much!