WELCOME TO THE HALLOWEEN FREAKSHOW #3
check out these dark but beautiful drawings by, 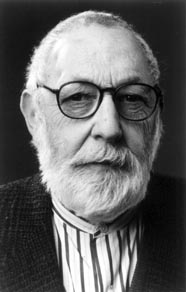 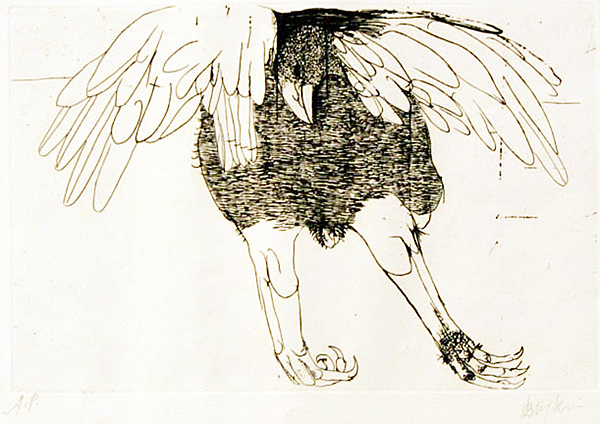 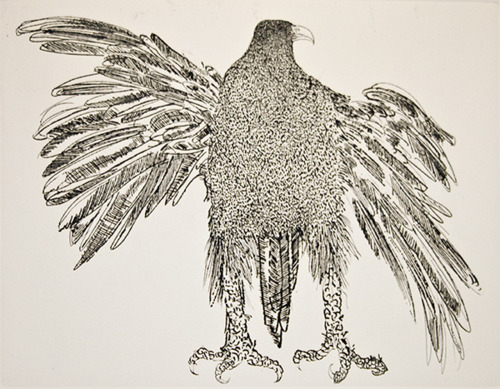 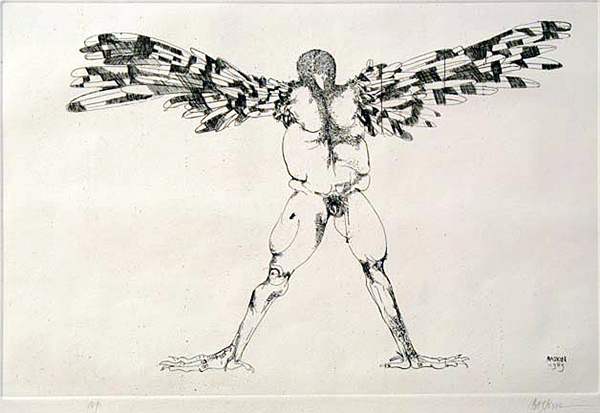 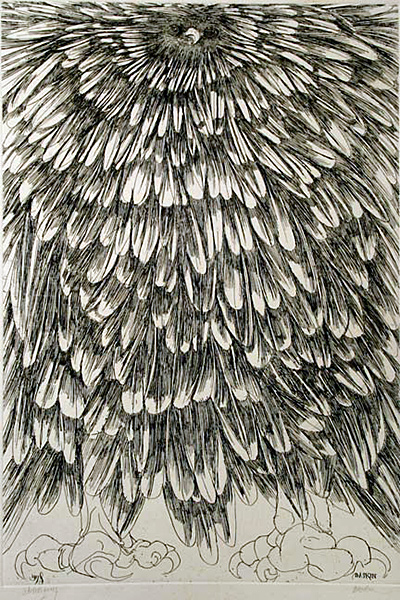 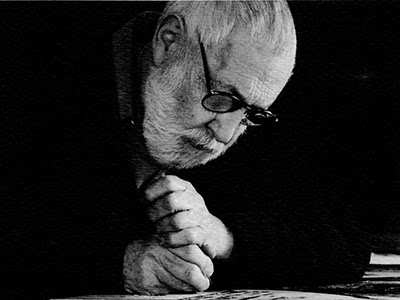 Born in 1922 in New Brunswick, New Jersey, Baskin was reared in Brooklyn, New York. An American of Jewish descent, Leonard Baskin was one of the universal artists of the 20th century. Sculptor, painter, printmaker and writer he was born in 1922 at New Brunswick, New Jersey, reared in New York and educated at a Yeshiva (a Jewish religious college) before going on to Yale. In 1953 he began teaching printmaking and sculpture at Smith College in Northampton, Massachusetts, where he remained until 1974. While there he founded Gehenna, a small private press specializing in fine book publication which subsequently produced over one hundred fine art, illustrated books. He moved to England in 1974 and spent the next nine years living near Tiverton in Devon where he built a great friendship with the poet laureate Ted Hughes and his wife Sylvia Plath illustrating books for both.
Baskin was a superb, prolific print-maker. His prints ranged from woodcuts through lithography and etching; his subjects covered portraits, flower studies, biblical, classical and mythological scenes. Baskin’s sculpture, watercolours, and prints are in the permanent collections of most of the world’s major art galleries and museums, not limited to the Metropolitan Museum of Art, The Museum of Modern Art, the Vatican Museum, the Smithsonian Institute and the Tate Gallery in London, and his body of work includes important public commissions such as the Franklin Delano Roosevelt Memorial and the bronze statue, Holocaust Memorial at Ann Arbor, Michigan. 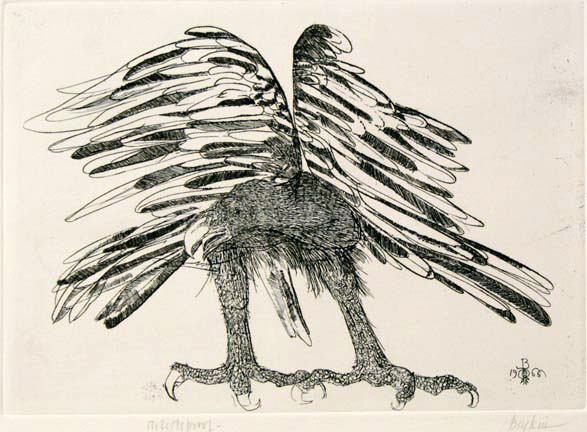 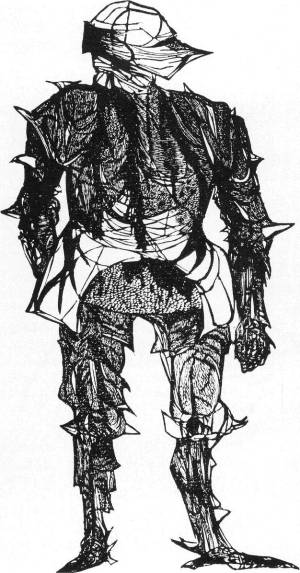 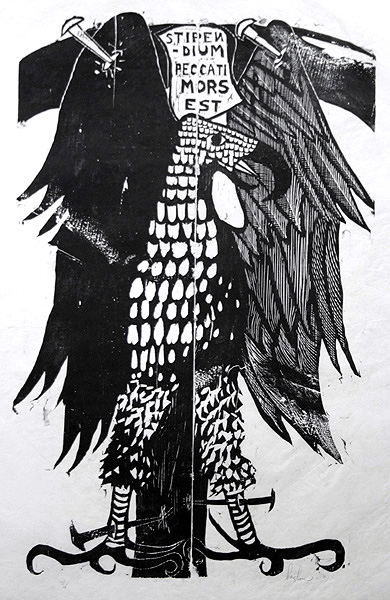 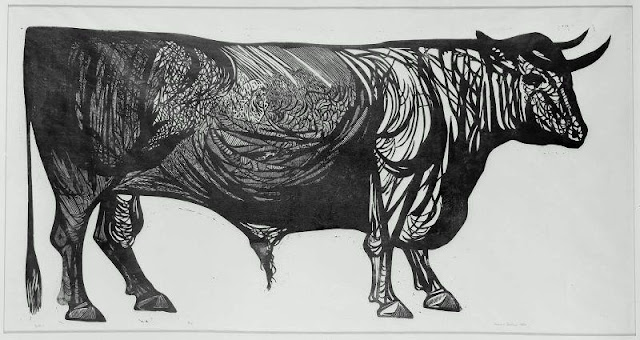 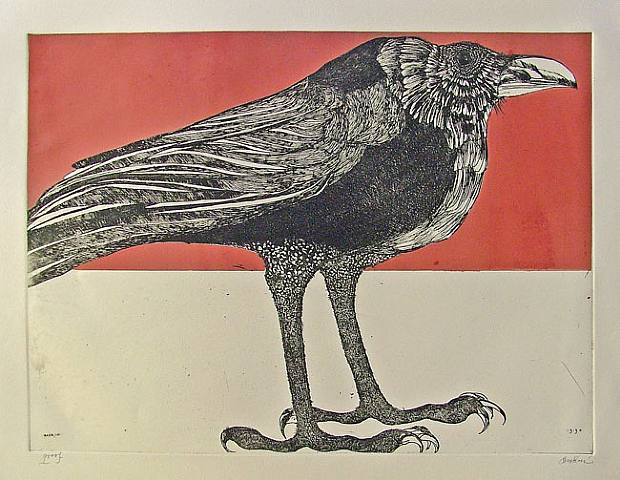 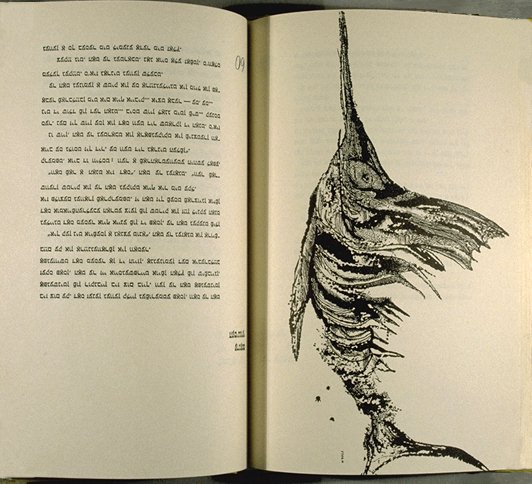 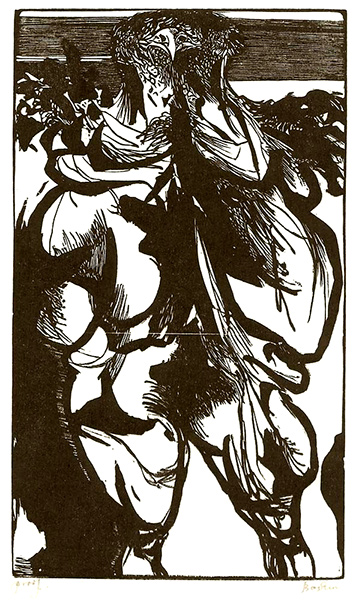 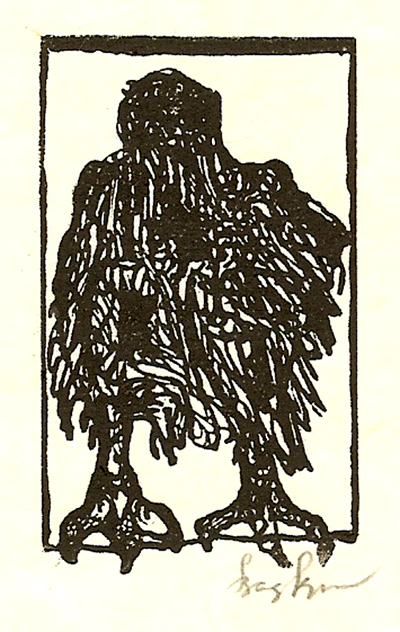 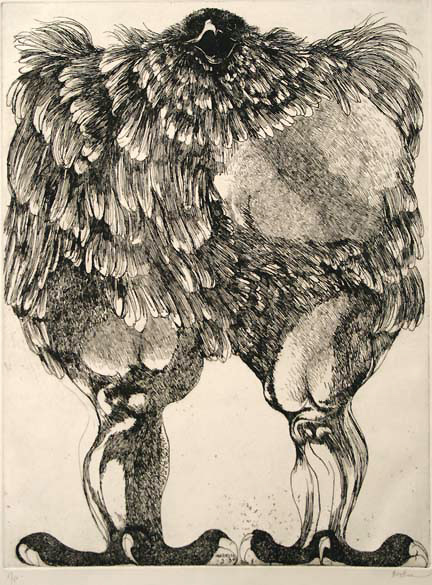 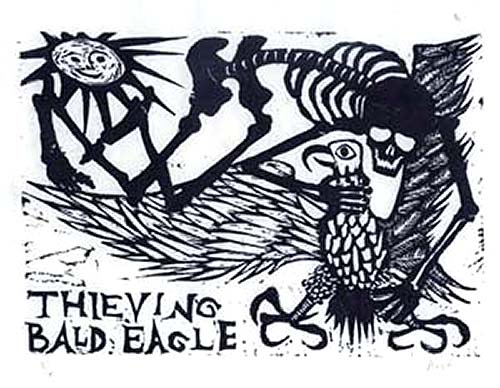 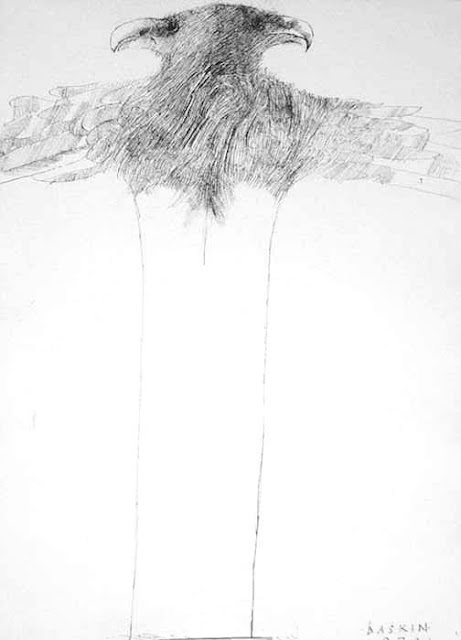 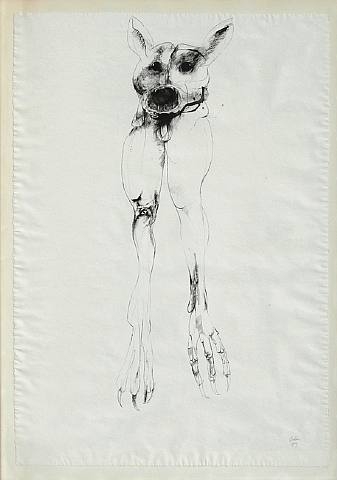 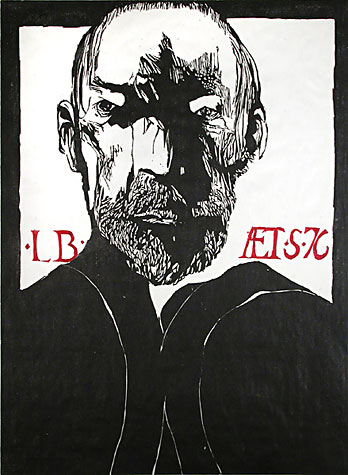 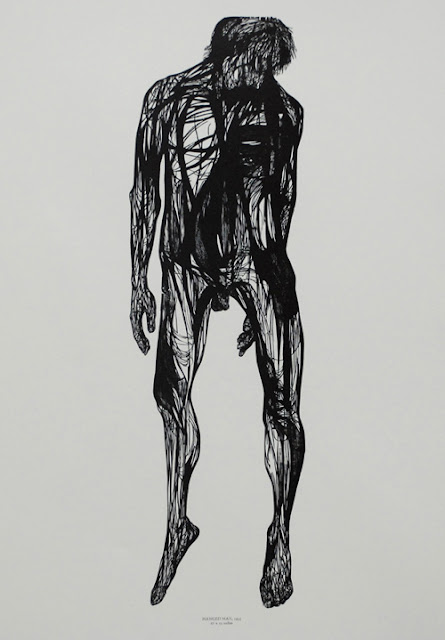 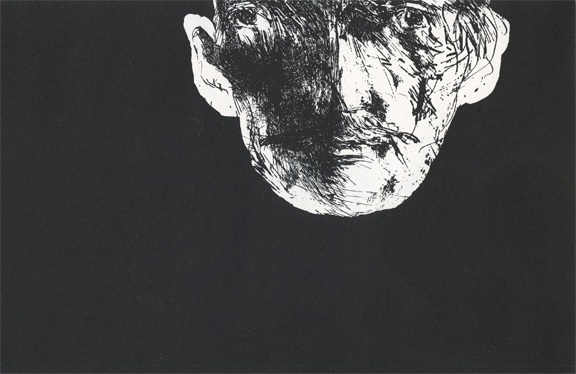 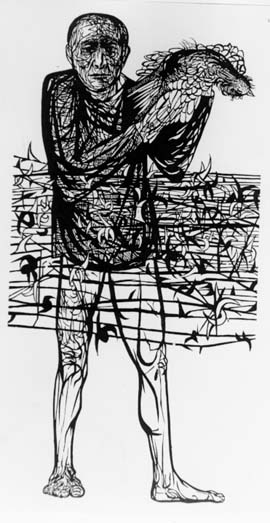 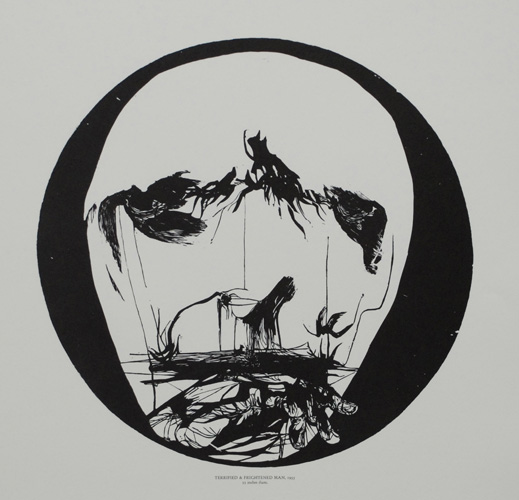 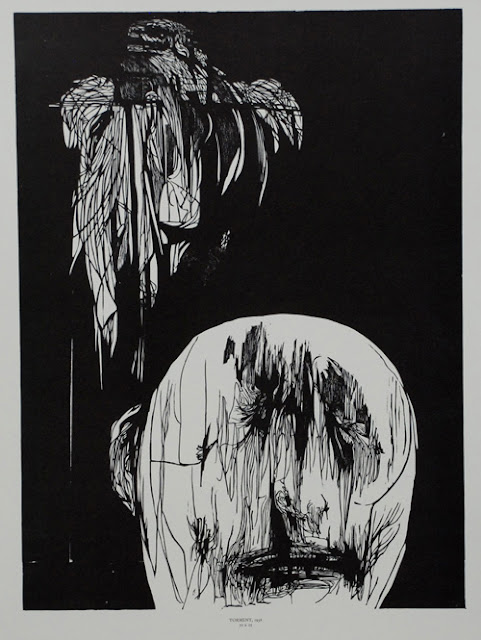