Check out the monumental works of, 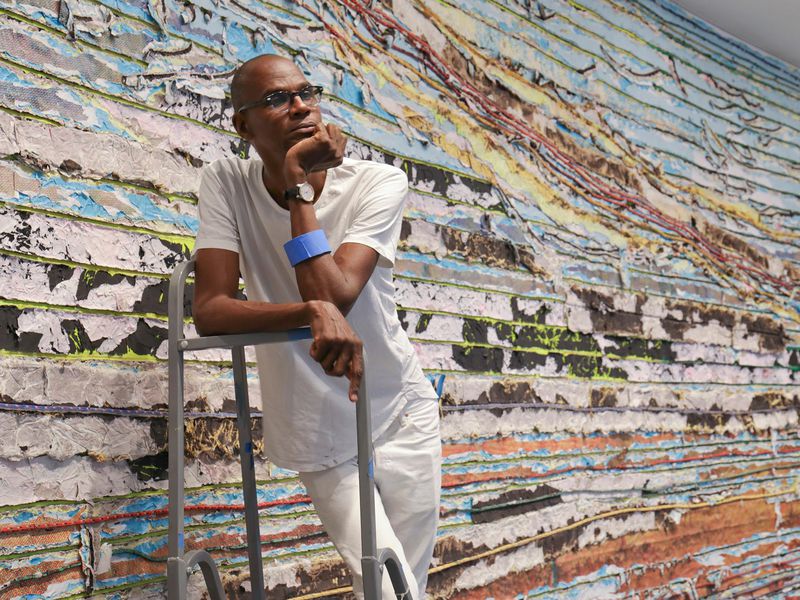 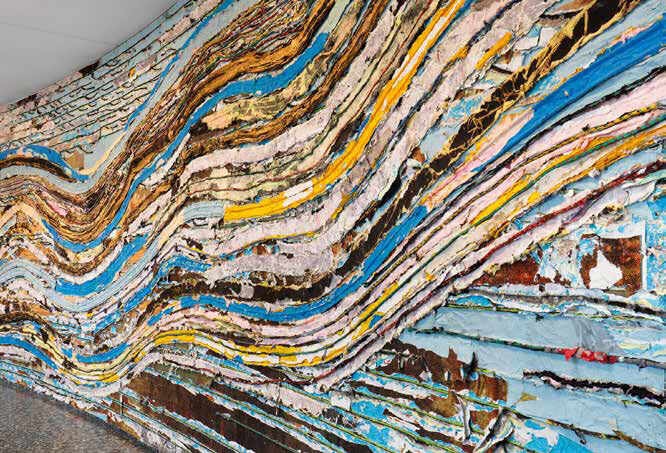 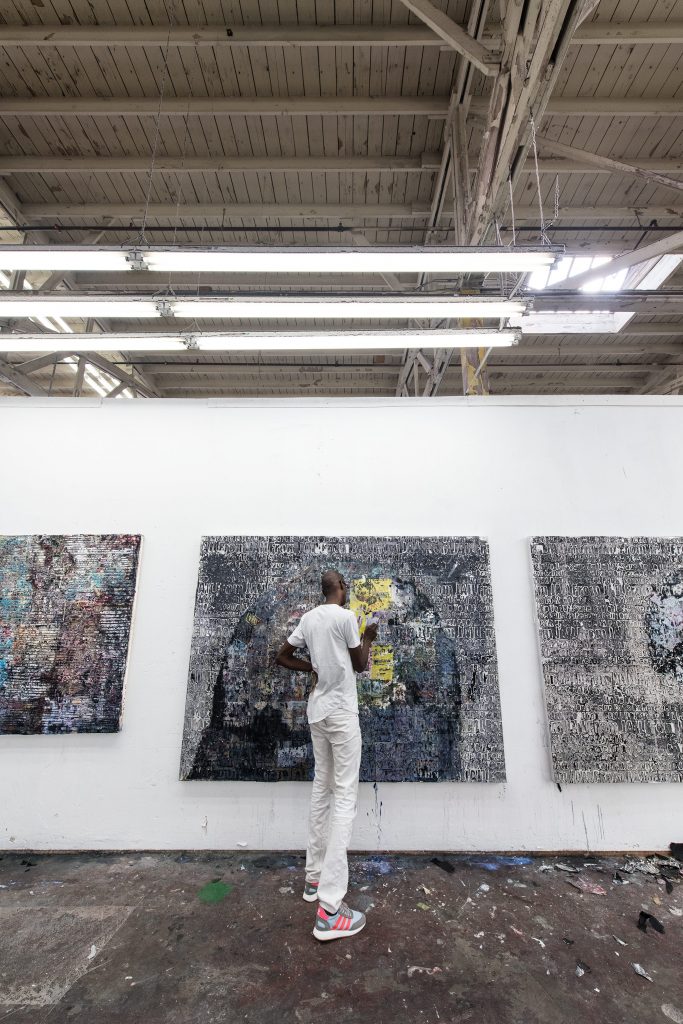 Mark Bradford engages the discarded materials of urban life, often remnants of informal economic systems that arise out of necessity in the inner city. Bradford grew up in Los Angeles, the son of a family of hairdressers. From early on, he used the materials found around salons, including the paper rectangles used for permanents, bobby pins, and hair dyes. Over time, his art making grew to include video, installation, and photographs alongside his continued interest in printmaking and collage. Bradford describes his work: “Think about all the white noise out there in the streets: all the beepers and blaring culture—cell phones, amps, chromed-out wheels, and synthesizers. I pick up a lot of that energy in my work, from the posters, which act as memory of things pasted and things past. You can peel away the layers of papers and it’s like reading the streets through signs.” 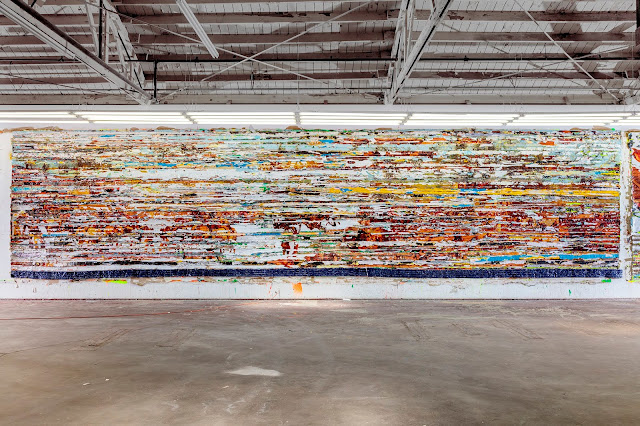 Bradford develops a nuanced grid, recalling the energetic and often frenzied topology of a city map. Instead of delicate pencil work or precision painting of a formal modernist grid, the work is made from beauty salon tissue paper, handbills, and advertisements for jobs, lawyers, and other services posted in the neighborhoods around Bradford’s studio in South Central Los Angeles. While applying these materials, Bradford physically interacts with the work—sanding, tearing, bleaching, and weathering the surface. Bradford’s ephemeral materials not only come to wear the grit of outdoor signs and billboards but also reveal their temporary condition as objects that change according to the needs of those who employ them. In describing his practice, Bradford has quoted from Michel Laguerre’s The Informal City: “The informal arena provides a hidden space where one can stand to read the city as a social laboratory of everyday practice.” 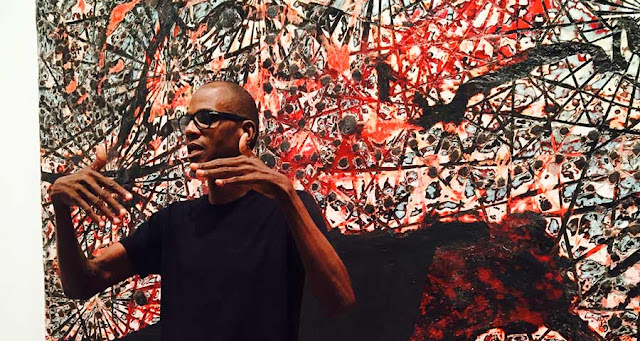 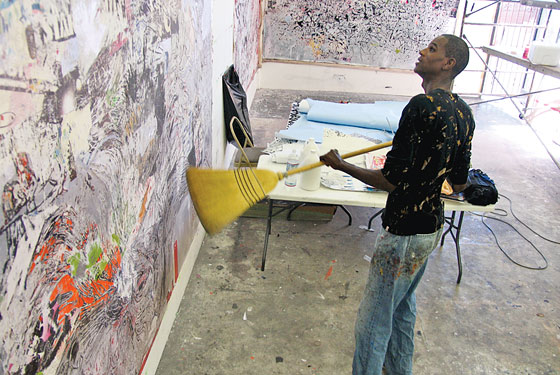 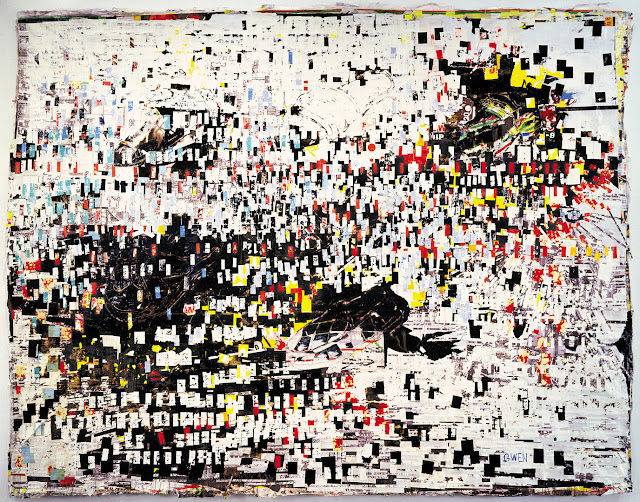 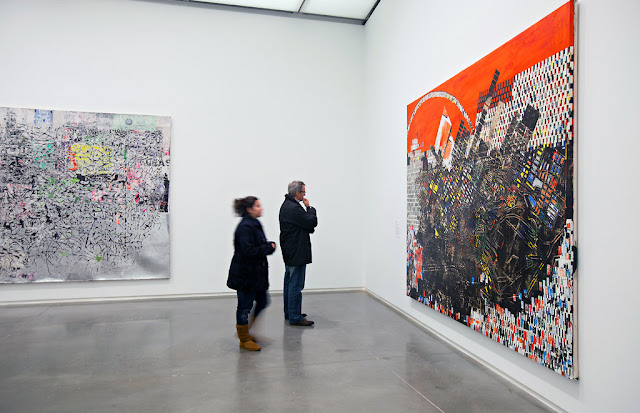 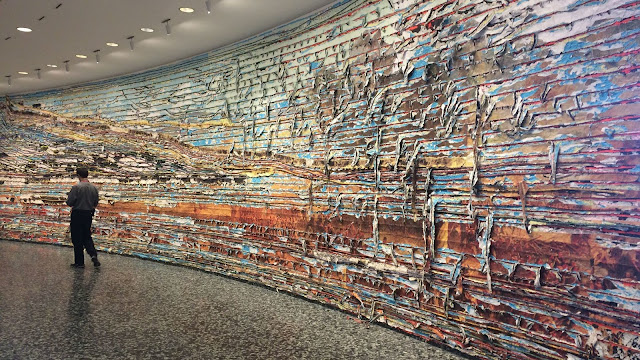 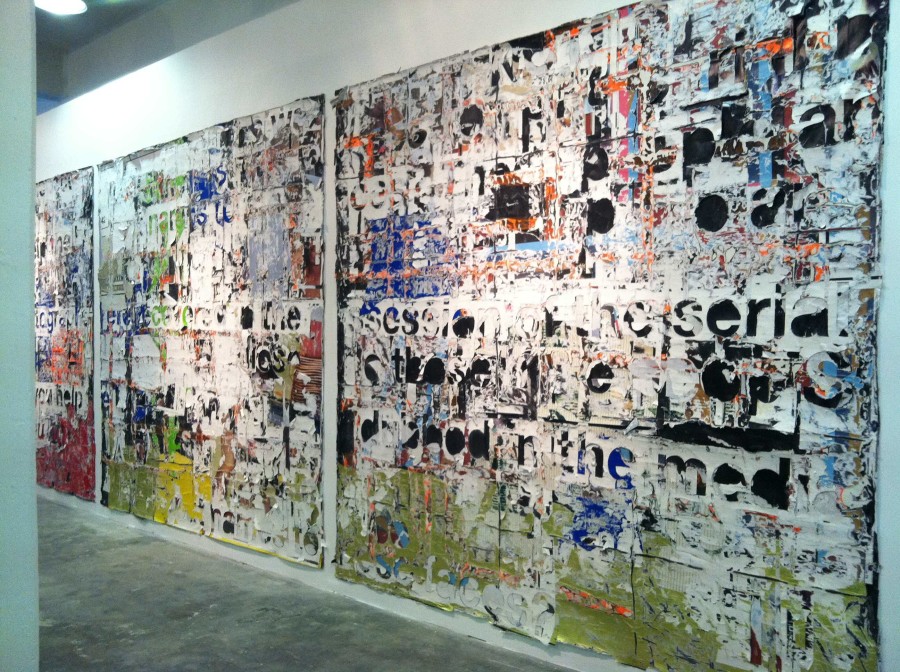 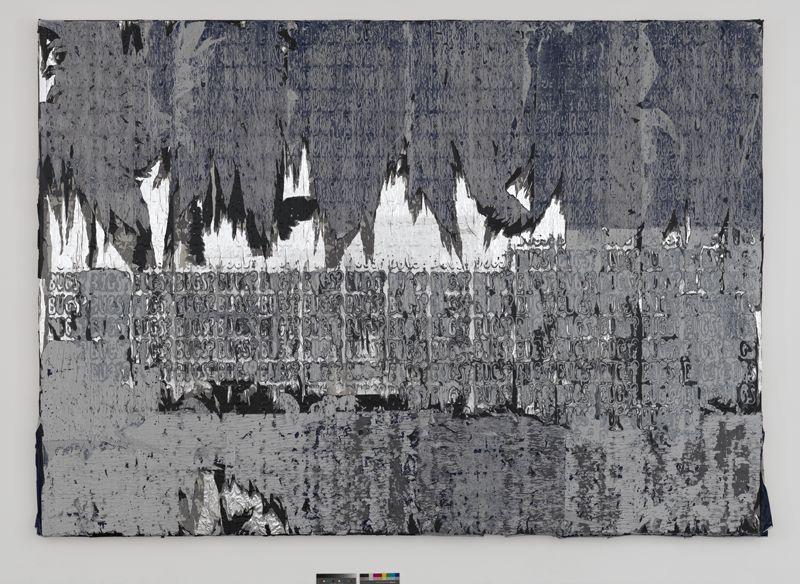 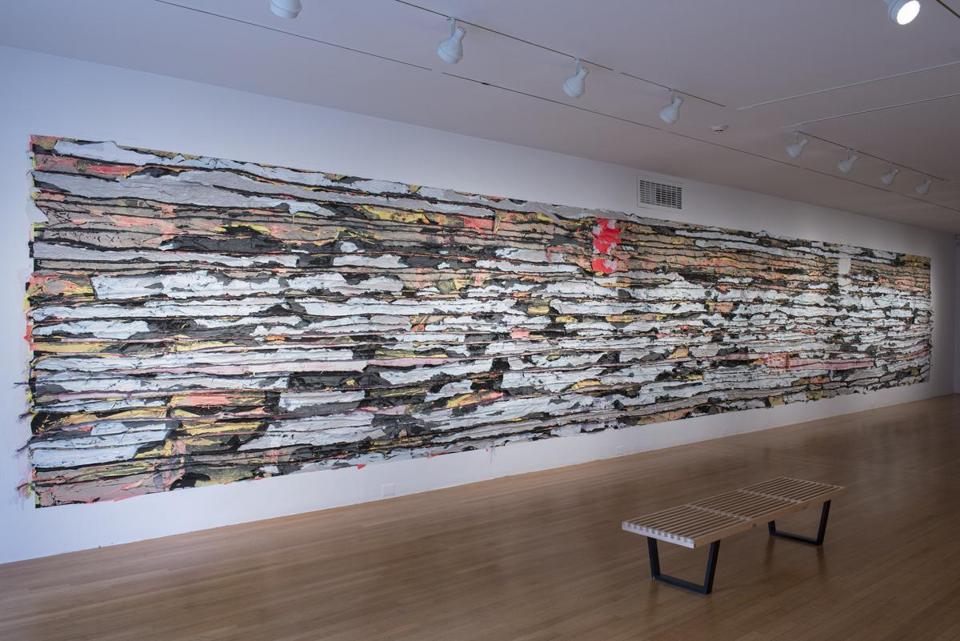 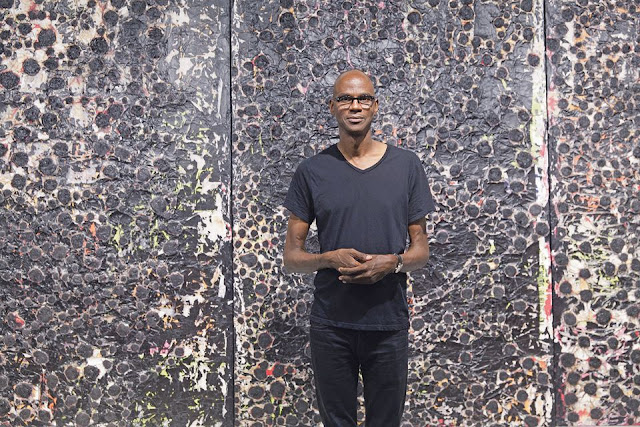 You just saw the amazing works of
MARK BRADFORD