(for Mark Moscarillo, wherever you are)

WELCOME TO THE HALLOWEEN CREEPSHOW EDITION
check out the amazing pen and ink drawings of comic master, 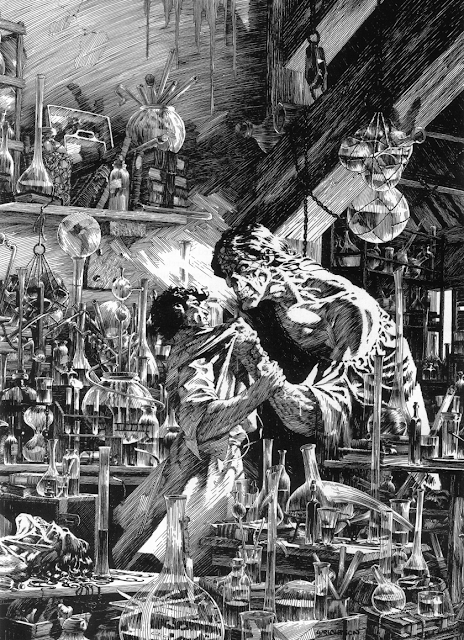 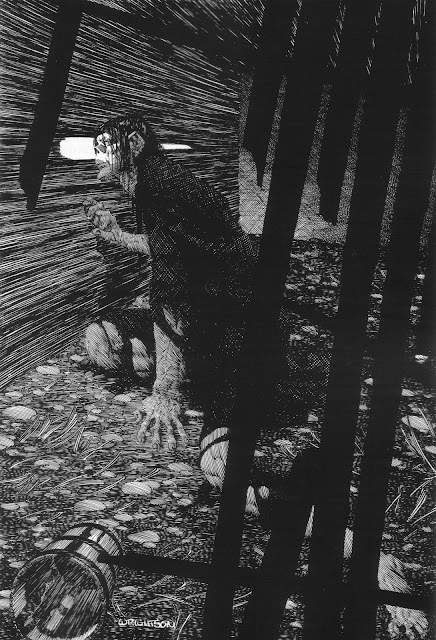 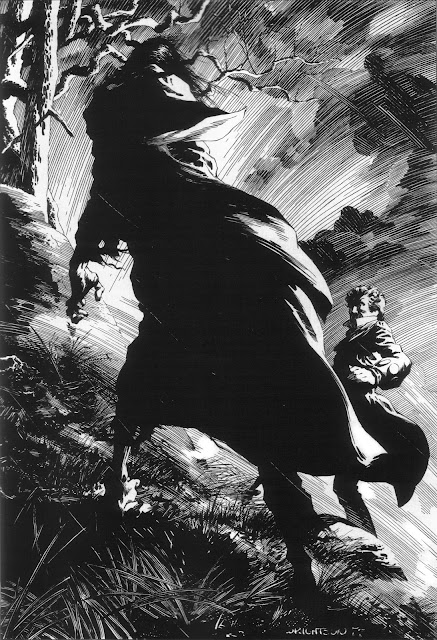 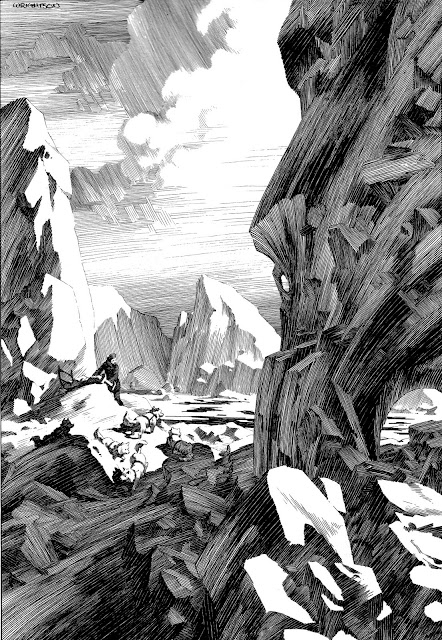 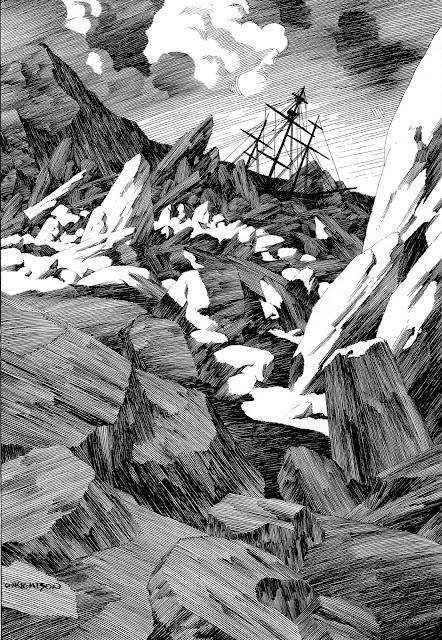 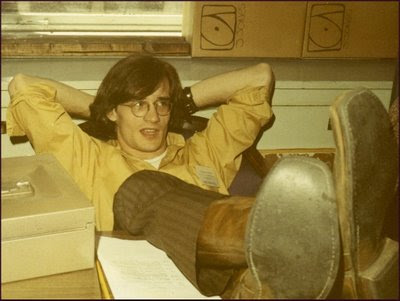 Legendary in the comic book world artist Bernie Wrightson has been creating art for over forty years. Bernie "Berni" Wrightson is an American artist known for his horror illustrations and comic books. Wrightson is self taught, receiving much of his training from early comic book masters.  In 1966, Wrightson began working for The Baltimore Sun newspaper as an illustrator. The following year, after meeting artist Frank Frazetta at a comic-book convention in New York City, he was inspired to produce his own stories. In 1968, he showed copies of his sequential art to DC Comics editor Dick Giordano and was given a freelance assignment. Wrightson began spelling his name "Berni" in his professional work to distinguish himself from an Olympic diver named Bernie Wrightson, but later restored the final E to his name. In 71' he co-created the mega muck creature SWAMP THING with writer, Len Wein. Wrightson drew the first ten issues of the series and established the entire look of the creature. He has also worked on Spiderman, Batman, and The Punisher, and provided painted covers for the DC comics Nevermore and Toe Tags, among many others. 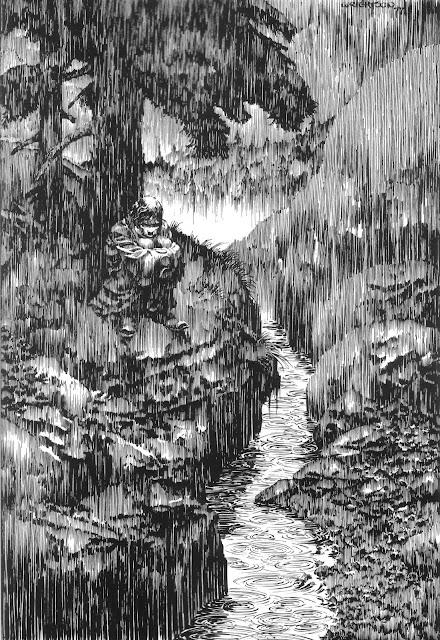 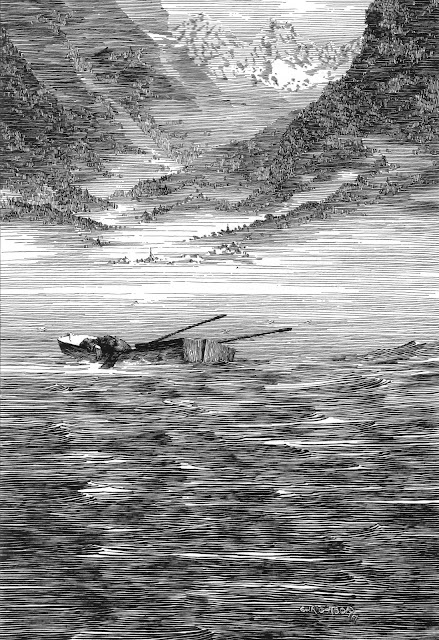 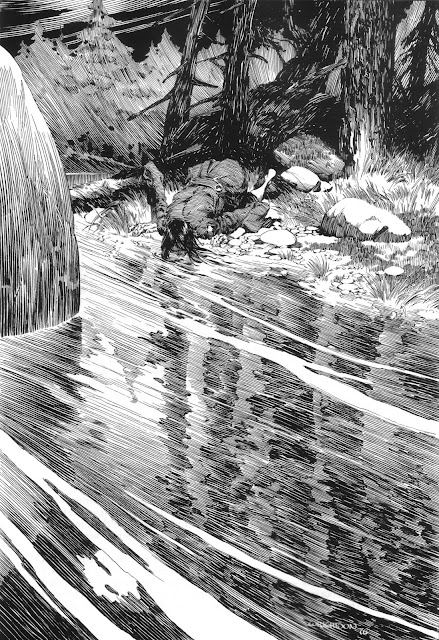 Wrightson spent seven years drawing approximately 50 detailed pen-and-ink illustrations to accompany an edition of Mary Shelley's novel Frankenstein, which the artist considers among his most personal work. Wrightson drew the poster for the Stephen King-penned horror film Creepshow, as well as illustrating the comic book adaptation of the film. This led to several other collaborations with King, including illustrations for the novella Cycle of the Werewolf, the restored edition of King's apocalyptic horror epic, The Stand, and art for the hardcover editions of From a Buick 8 and Dark Tower V. Wrightson has contributed album covers for a number of bands, including Meat Loaf. The "Captain Sternn" segment of the animated film Heavy Metal is based on the character created by Wrightson for his award-winning short comic series of the same name. 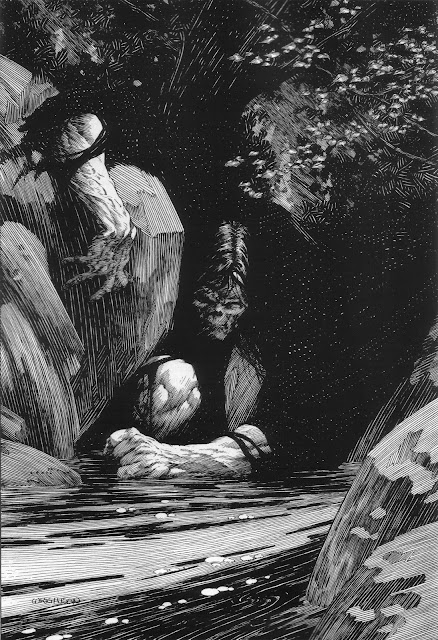 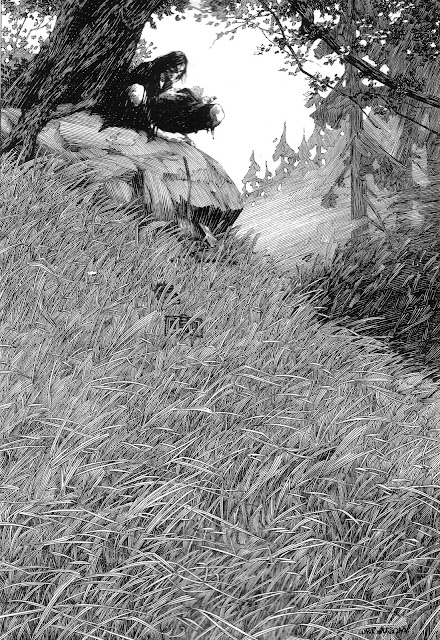 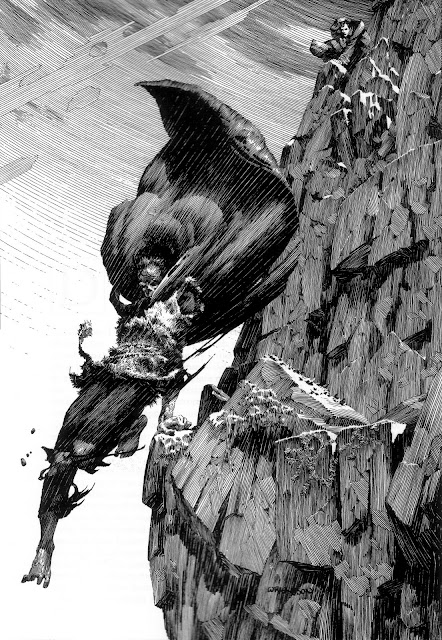 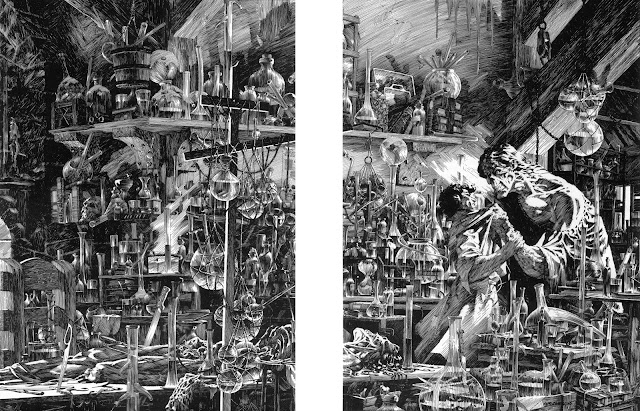 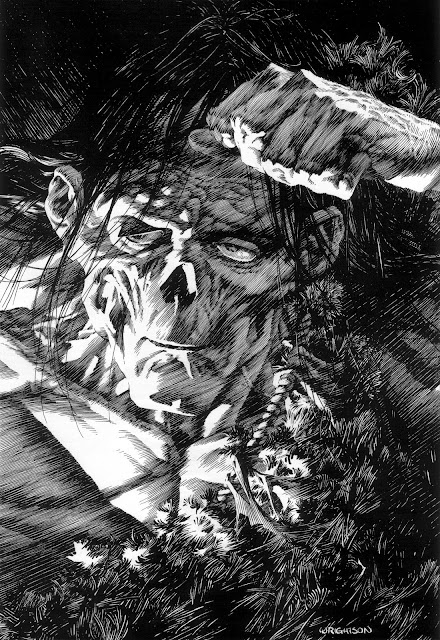 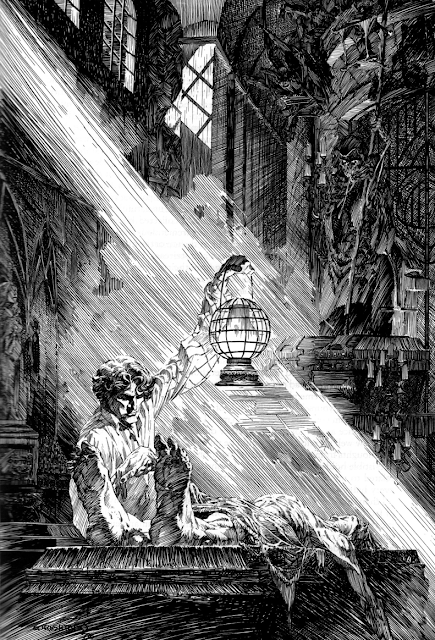 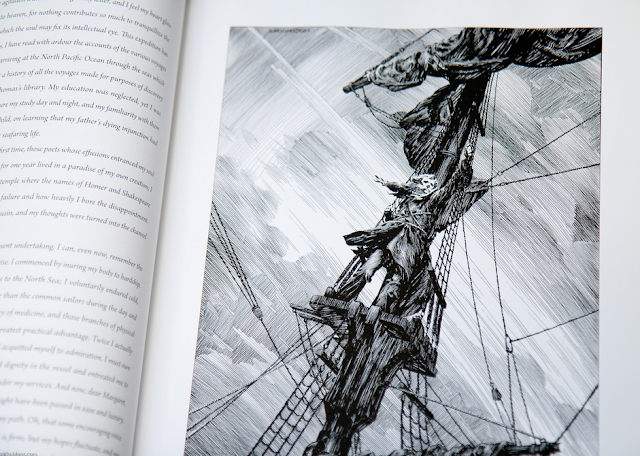 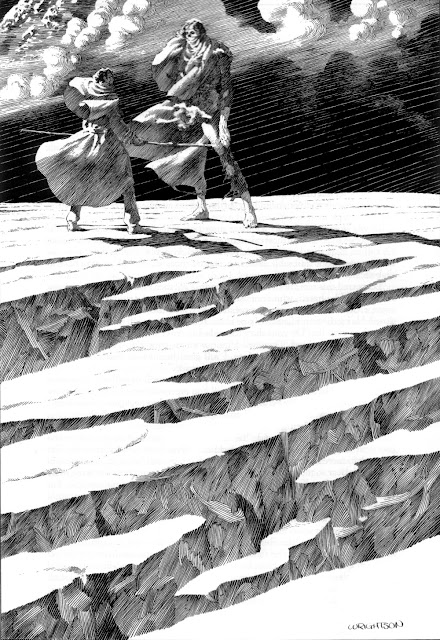 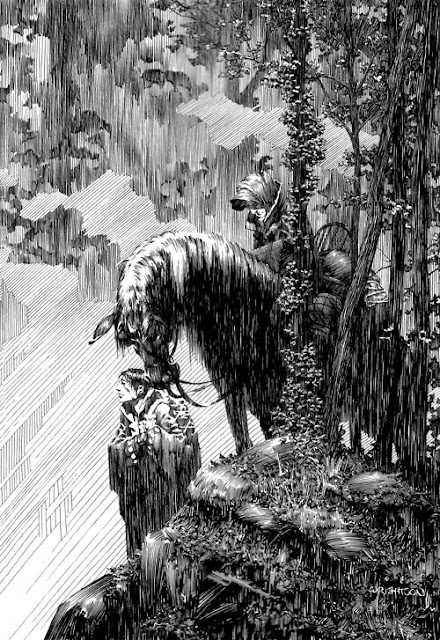 Wrightson was directly influenced by the drawings of artist FRANKLIN BOOTH 1874-1948.
Booth's unusual technique was the result of a misunderstanding: Booth scrupulously copied magazine illustrations which he thought were pen-and-ink drawings. In fact, they were wood engravings, a result, this led him to develop a powerful style of drawing composed of thousands of lines, whose careful positioning next to one another produced variations in density and shade.
Bernie then studied Booth's drawings and developed his own variation of this linework technique and style.
__________________________________________ 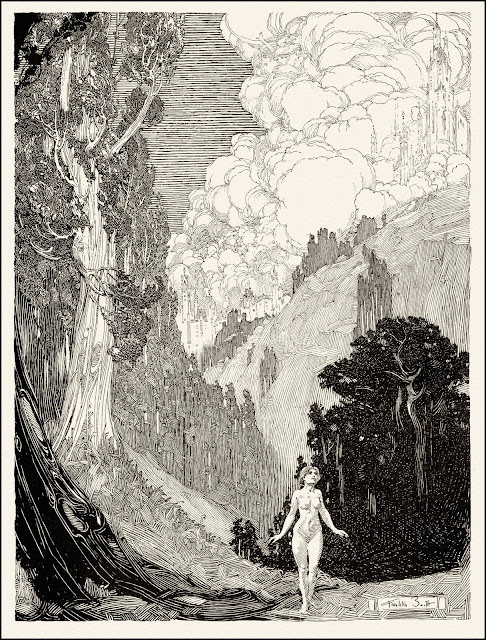 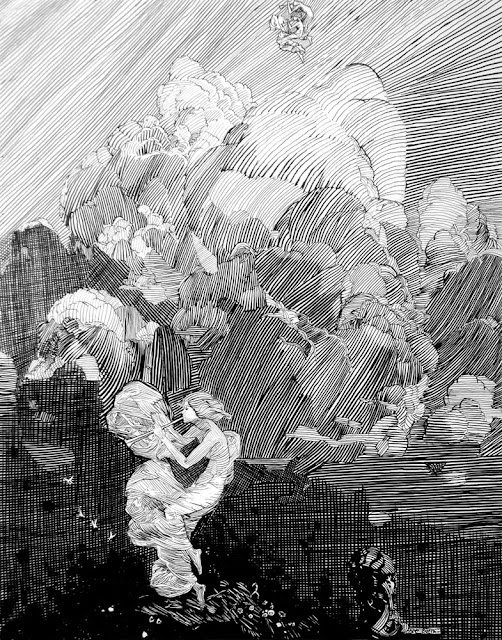 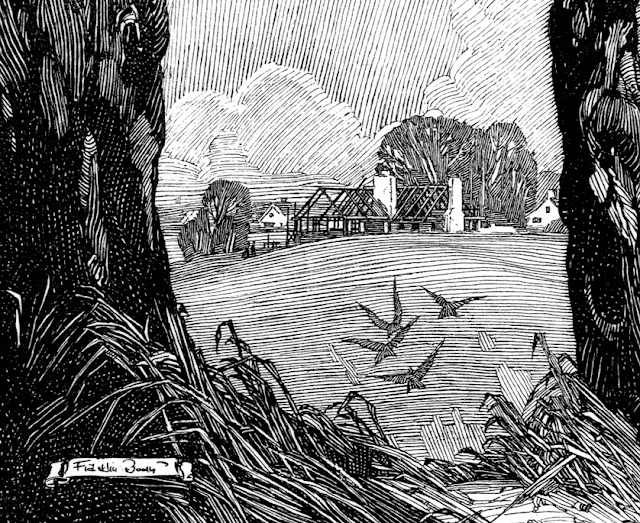 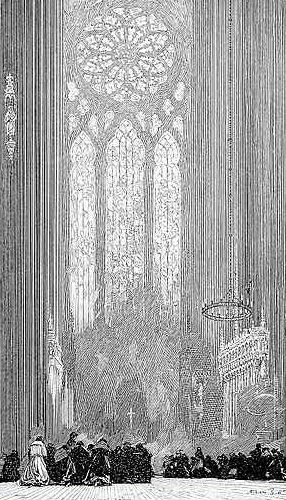 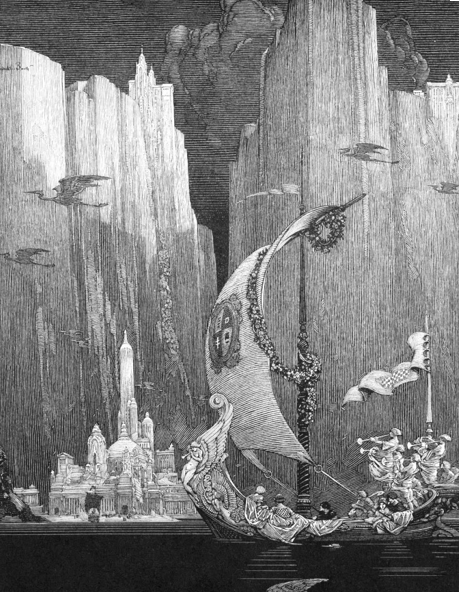 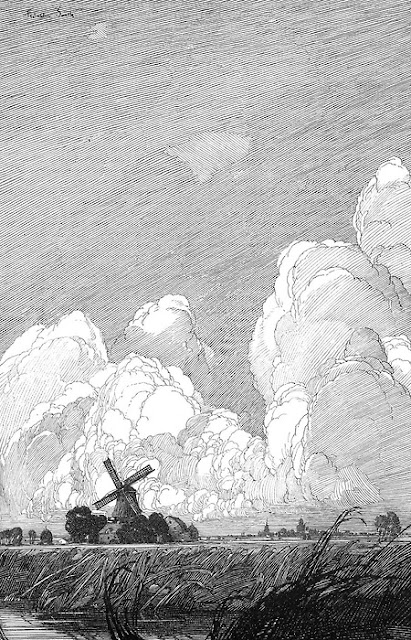