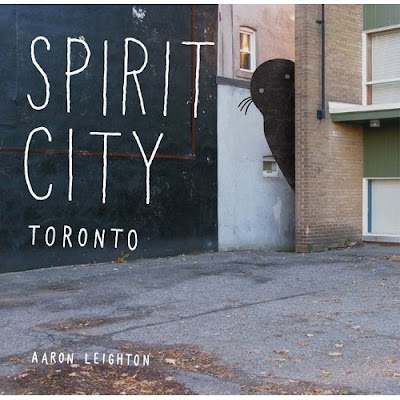 Aaron Leighton is an illustrator who has worked for a variety of clients including the New York Times, Chronicle Books, Harvard Business Review, Target and Ford. He has also worked as the character designer and creative director for the Emmy Award–winning animated project, The Zimmer Twins. While Aaron grew up in a small town on the Canadian prairies, he now lives with his wife in Toronto, Canada, alongside a multitude of spirits and other interesting creatures. 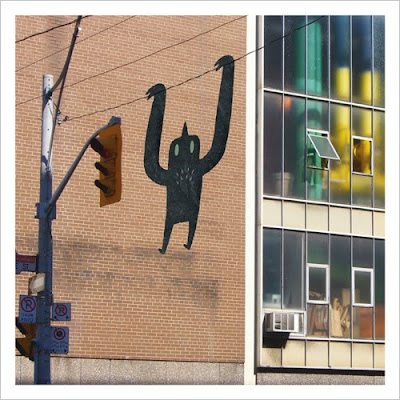 How do you stay inspired?

The world is an endlessly inspiring place if one is paying attention. I try to. 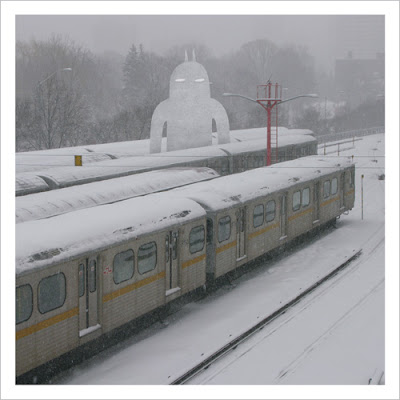 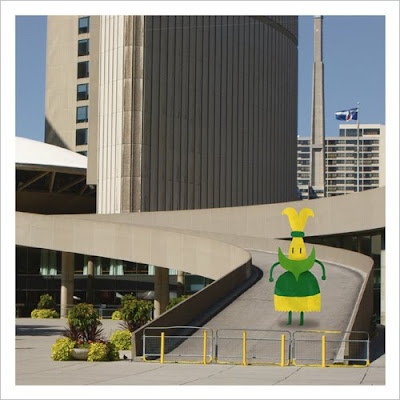 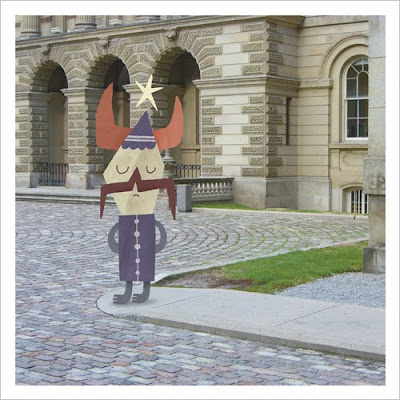 Spirit City Toronto:
Did you know that the forgotten corners of the city are inhabited by a variety of homeless nature spirits? Spirit City Toronto, the debut book from illustrator Aaron Leighton, combines illustration and photography to depict these creatures who, having lost the wild places that were their homes, are now forced to live in the parking lots, street corners and alleys that replaced them. Combining Leighton's interests in both mythology and environmental issues and exploring the idea of finding the magical in the mundane, the book transforms familiar scenes of urban desolation into snapshots of otherworldly wonder. These shy, somewhat sad spirits exist on the twilight edge of our own world, ethereal neighbors quietly reminding us that it's not only human beings who call the big city home. 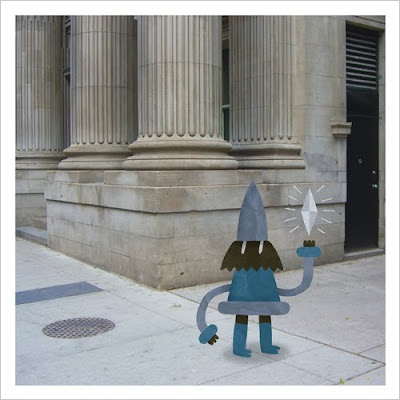 Your advice on how to stay creatively inspired when you work for an enormous corporation ?

I do my best with what I've got to work with. Plus, I remind myself that I am able to draw for a living, a fact which still amazes me sometimes. 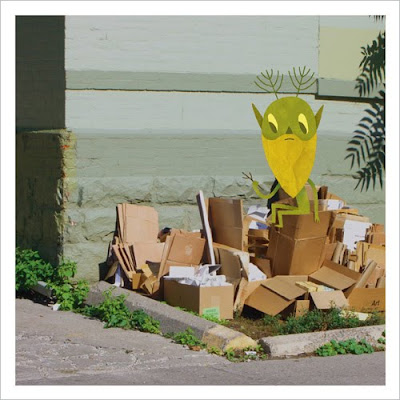 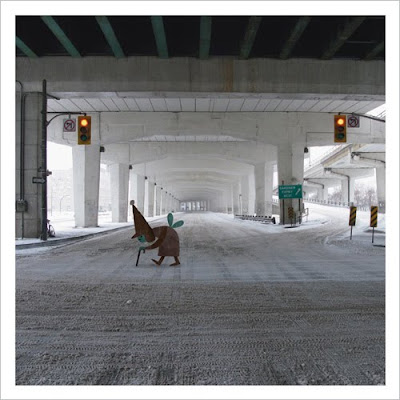 Favorite place you ever traveled to ? 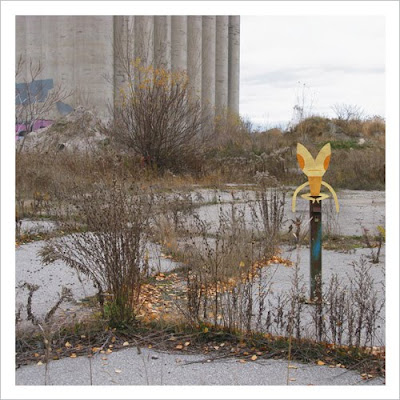 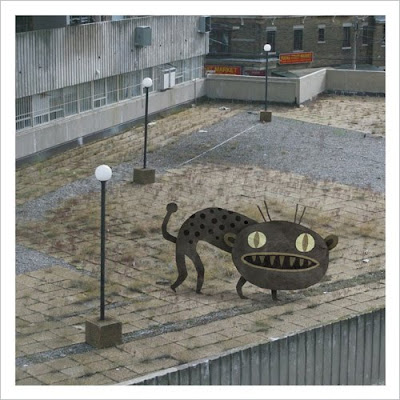 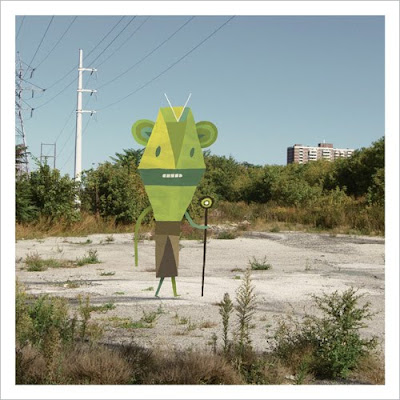 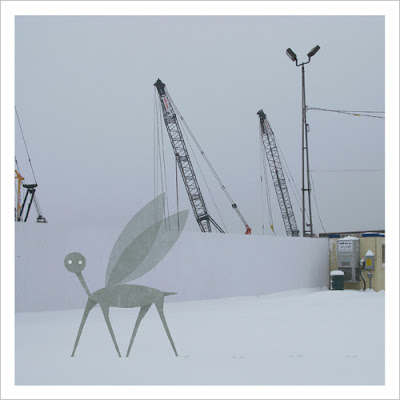 Who is your favorite cartoon character?

Ren and Stimpy (I know that's more than one, but I had to include both). 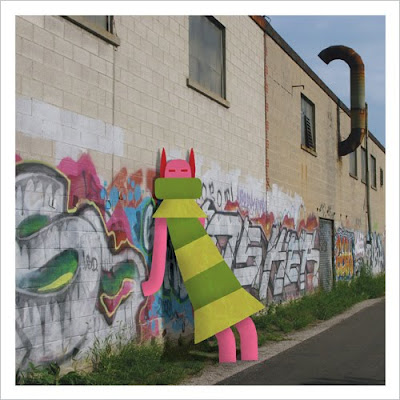 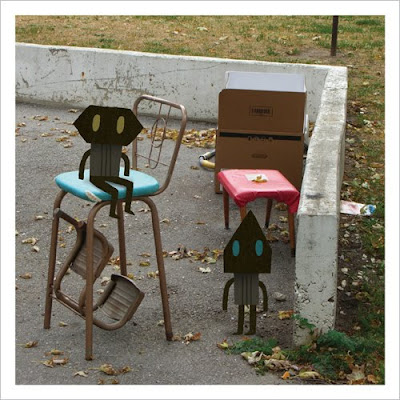 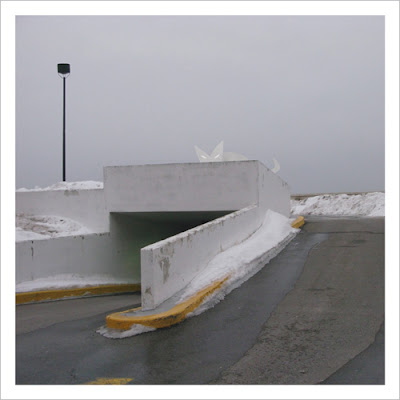 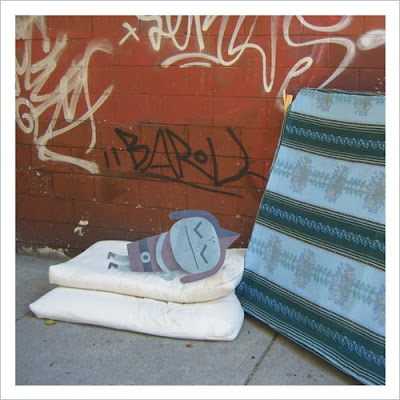 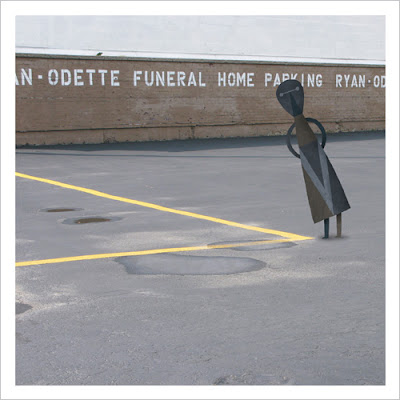 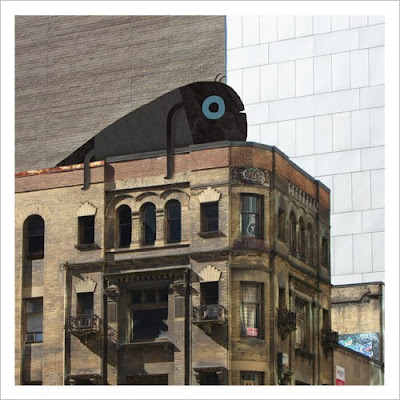 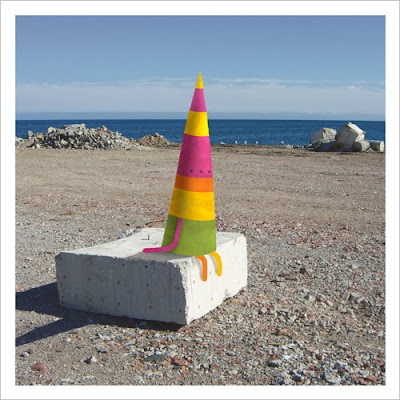 If you weren’t an illustrator, what would you like to be?

A janitor or a monk. I find vacuuming very calming. 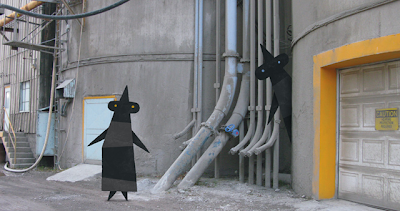 How to order Aaron's Book :


Spirit City Toronto
published by Koyama Press (http://www.koyamapress.com),
and is available to retailers through the distribution arm of AdHouse Books, Ad Distro (http://www.adhousebooks.com/distro/distro.html).
To order a copy directly, e-mail Aaron at
info@aaronleighton.com 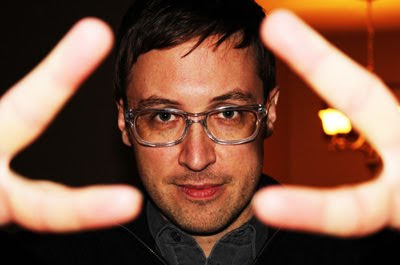 Name something you do in your spare time.

Ride my bike around the city and read as much as I can about metaphysics.

What do you listen to while you work? 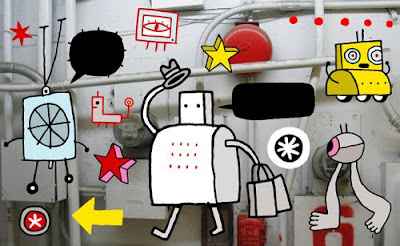